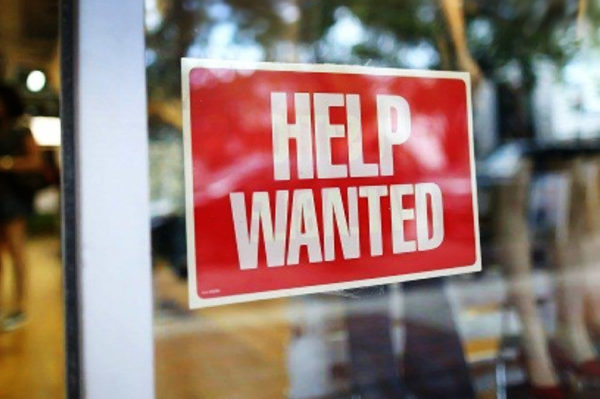 International Man: According to the recent Bureau of Labor Statistics (BLS) jobs report, only 266,000 new jobs were created in April—well below the one million new jobs that was expected.

At the same time, American businesses are desperately seeking to fill job openings which they can’t fill. A survey by the National Federation of Independent Business found that 44% of small businesses had jobs they couldn’t fill, which is a record high.

What’s going on with these seemingly contradictory trends?

Doug Casey: First of all, I don’t trust the government’s statistics. Some are surely better than others, but especially when we’re looking at monetary and economic numbers, it’s increasingly apparent that the US government’s statistics are only marginally more reliable than those of the Argentine government at this point. As the US is increasingly politicized, they’ll deteriorate further, fudged and adjusted for propaganda purposes.

Eventually, they’ll approach the inaccuracy of those in the old Soviet Union. It’s understandable, I suppose, because people believe in, and love to quote, that old saw of Franklin Roosevelt’s: “We have nothing to fear but fear itself.” It’s nonsense, of course; you can ignore reality, but you can’t ignore the consequences of ignoring reality.

The government likes to publish happy, optimistic numbers for lots of reasons. A belief that economic health is based on psychological smiley faces is prominent among them. Unfortunately, optimism can blow away as easily as a pile of feathers in a hurricane.

That said, there are huge distortions that have been cranked into the economy because of the ongoing COVID hysteria, compounded by the government’s reaction to it. It appears there are over 16 million workers collecting unemployment bennies, while there are about 8.5 million job openings, 13% more than in the before times. How is that possible? Lots of fast-food chains are paying $15 an hour, plus recruiting bonuses—and that’s for unskilled labor. There are loads of highly-paid manufacturing and construction jobs going begging. Anyone who wants a job can have one.

There are several reasons for this.

One is that COVID hysteria is slacking off somewhat but still in high gear. A high proportion of the population wear masks when driving alone, walking alone, or even participating in a Zoom call (presumably to virtue signal). Needless to say, these types are afraid to go to work or be among other people. They want to self-isolate out of fear. They won’t work, or will work less, from hypochondria. Those that will work have to be induced with hazard pay.

Meanwhile, a combination of state unemployment benefits, $300 Federal unemployment, and Federal stimmy checks means that a lot of them can take home more not working than working.

It’s easier to stay home, get up late, binge-watch Netflix, and collect tax-free money than commute to work. After a year, it can turn into an ingrained bad habit.

International Man: Since the beginning of the pandemic, the US government has been sending stimulus checks to Americans—mostly to those who experienced no reduction in their income or job loss. This flurry of free money has led to people choosing not to work.

Doug Casey: You get what you pay for. And if you pay people to stay at home, they’ll do that. People are consuming more than ever. Retail sales are way up because of all the funny money the government is practically helicopter dumping, while a lot less people are producing. This is a guaranteed formula for economic disaster. And it’s not just an economic failure but a moral failure.

They’re being told it’s all right to take free money and not produce anything in exchange. In the long run, the moral failure is even more serious than the economic consequences. The public is being induced to act like children—or even criminals.

There is, however, one favorable consequence to all of this. Some of the smarter people collecting their stimmy and unemployment checks can see there’s high demand for labor. I’ll bet lots of Americans are working off the books—unofficially, for cash—so that they don’t compromise their unemployment and stimmy checks. Is it illegal, and arguably immoral? Perhaps. But it’s demonstrating what a massive lie government bailout programs are to millions of people. On the other hand, maybe I’m just a perpetual optimist, always looking on the bright side.

The development of a large informal economy, an untaxed shadow economy, is almost inevitable when billions in extra cash, lots of government regulations, and a generally declining standard of living come together in a witch’s brew. It causes huge distortions in the marketplace—and in the way people think the world works. Whole new classes of people will use the government as a milk cow, as well as a predator. This is the way it works in corrupt Third World countries, which the US is increasingly emulating. We no longer have an implicit social contract of fair play; it’s become a war of all against all.

This trend is another reason why the government wants to eliminate cash. When everything goes digital—as it already has in China and Sweden—it will be much harder to work off the books. They’ll know about everything you make, everything you spend, everything you own, because it’s all computerized. Let’s hope Americans will resist the trend. But, based upon their bovine acceptance of orders during the Covid hysteria, I doubt it.

Doug Casey: It’s part of the phenomenon of the rich getting richer and the poor getting poorer. A big government prefers dealing with big businesses, for lots of reasons.

Big government helps big businesses like Amazon, Facebook and Google get much bigger. Little businesses don’t have the capital, the lobbying power, and the bribing power to compete. Government, and the type of people who work for it, are naturally antagonistic to entrepreneurs. They want to see everyone as a regimented employee.

That may sound like a conspiracy theory, though I’m not partial to conspiracy theories for a number of reasons. But the fact that this hysteria took over the world so quickly, exclusively benefiting the people in charge, makes me very suspicious. Scared people are much more prone to look for leadership promising to solve a problem. Even if it’s an artificial one they created.

The slavish psychology of the average human is a real problem. The capite censi believe they live in a democracy where legislators represent their interests. So they do what they’re told by the representatives of our phony democracy. These busybodies and power grubbers get together to pass new laws. The new laws don’t enshrine wisdom. They simply tell people what they must do and must not do.

Every day the legislature is in session further limits the freedom of its subjects. And increases costs—because every new law requires paid enforcers.

People who look to legislators to solve their problems are complicit in their own throats being cut. In our recent book Assassin, John Hunt and I highlight the way this works. No government department wants to lose its funding. They have an interest in manufacturing problems simply in order to justify their existence. COVID may turn out to be a classic example of that.

International Man: Is Universal Basic Income (UBI) already here to stay for good in the US? What are the investment and other implications?

Doug Casey: I believe it is. And it’s going to cement in place the distortions that we were talking about earlier. It’s going to encourage whole new groups of people to do nothing and expect free stuff from the State as their moral right. Americans will increasingly resemble Cargo Cult natives in the South Pacific.

The near-term consequence of the trillions of dollars of funny money showered on America is probably going to be a crack-up boom. It’s a paradoxical situation where—in the midst of a declining standard of living—there’s a mad flurry of economic activity. So much new money being pumped into the economy encourages everybody to go out and buy stuff. They have lots of depreciating currency and want to spend it ASAP. But fewer and fewer people are producing, even while more are consuming. It’s called living out of capital.

The UBI, free money just for existing, is going to be very hard to take away. Everybody is encouraged to consume promiscuously because that will stimulate the economy. It’s idiotically said to be patriotic to consume. But nobody has to produce.

Are millions going to be kicked out of their apartments and houses? Does this mean we’re going to have a new wave of homeless people? Or will the State just take over their obligations, so we have overtly socialized housing? The small landlords, in particular, will be hurt worst. I’m not sure what the way out is. The country has been painted into a corner.

I’m shocked that I don’t see any of this being discussed anywhere. The country is sleepwalking into a living nightmare, and we’re just scratching the surface of all the problems that will have to be confronted in the years to come.

Editor’s Note: Did you know that that United States government has unleashed the most dangerous experiment in its entire history?

In fact, what’s been unleashed is trillions of dollars of stimulus with no end in sight.

When any government goes on an uncontrollable money printing spree it impacts everyone.

That’s precisely why, NY Times best selling author Doug Casey just released this urgent new video on the biggest imminent threat and what you can do about it. Click here to watch it now.