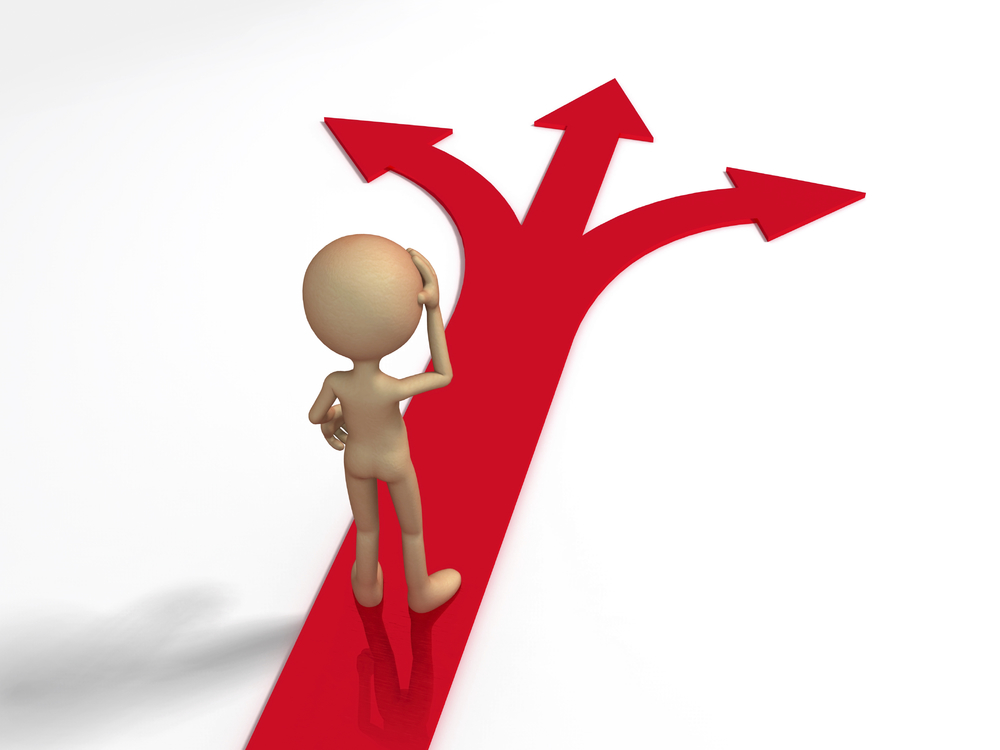 One of the questions I’m most often asked is, “I’ve decided to get out of my home country before it’s too late. Which countries are the best ones to go to?”

No one can tell you what the best destination is for you. In fact, they can’t even recommend a “top five.” The choice depends entirely upon the individual’s needs and aspirations.

Although I’ve explained this many times over the years, I’m still asked repeatedly, “Yeah, but what are your personal choices and why?”

Again, it matters little what my choices are, but I must agree that the second question, of “Why?” is quite valid. So, here they are:

My primary home is the Cayman Islands. Cayman is a highly prosperous Caribbean country where great opportunity for investment exists. The government understands that their own livelihood is dependent upon the island continuing to be attractive to foreign investors and expatriates have virtually the same legal rights as locals.

Prejudice toward expatriates is minimal, racism is almost non-existent, as 70% of Caymanians are of mixed race. Crime is contained. In a major economic collapse, Cayman is likely to not only survive, but prosper. On the other hand, this is not a country like, say, Belize, where an expat can pitch a tent on the beach and be welcome. It’s a relatively costly place to live (similar to New York or London), but incomes also tend to be commensurately higher. In addition, there is zero direct taxation, which means that the government largely keeps out of your life. First and foremost, though (in my view), is that the indigenous people are West Indian, which provides a greater level of kindness and a higher level of humanity than in most of the “first world.”

It’s an easy place to live and work, if you have requisite skills, but it’s not a place to “retire on a budget.”

Click here to get on board with The Casey Report, from Casey Research, and get Doug’s new book along with it. Straight shooting, shooting straight. Right to the heart of each matter.

My second home is in a small town of 14,000 people in Uruguay. It’s large enough to have all the basic businesses and services, but not large enough to be impersonal. Again, the primary concern of tolerant, supportive people is a major attraction.

Buenos Aires is right across the river, providing a buoyant economy to the small, antique town, even when Argentina is experiencing crisis times. Yet it remains “a country apart” and is largely unaffected by the Argentine economic rollercoaster. Uruguay produces 90% of what it consumes and exports only 10% of what it produces, so it’s able to be independent of international crises, as it was during the two world wars. Uruguay is also rich in rivers and farmland and produces an excess of all-natural food. On the other hand, the economy is chronically sluggish and it’s a poor place to seek employment or open a business.

It therefore has a different set of advantages and disadvantages from the Cayman Islands. As a “Plan B”, it may therefore be preferable to “Plan A”, depending on what befalls the world in the future.

But, there’s also a “Plan C” – ironically, located in Argentina. The town of Cafayate is in the extreme northern province of Salta, so far away from the disorganised and underfunded government in Buenos Aires that it largely ignores diktat from the Capitol. Cafayate is a small town (about 13,000) where living expenses are quite low. This means that for the well-heeled, everything is inexpensive, but it also means that this is not a good place to seek employment. Additionally, locally-available goods are generally on the basic side. Someone seeking an escape from a crisis elsewhere, however, is likely to enjoy a decidedly peaceful existence here.

But Cafayate has an unusual and interesting advantage, in that, years ago, the foresighted Doug Casey created an upscale community just outside of the town, which has a golf course, polo, an excellent hotel and property for sale on which to construct luxury homes. La Estancia de Cafayate is populated by very interesting and largely libertarian people of many nationalities. For this reason, there are, in essence, two Cafayates. The two enhance each other and residents of La Estancia enjoy the unusual benefit of an upscale community, yet low day-to-day expenses.

In each of the above possible choices, the objective is to provide as content and untroubled a life in a time of great potential crisis as can be found.

For someone who is retired, but may soon lose his 401 K and social security to an economic collapse, a better choice might be to move to Quito, Ecuador. Rent a corner bodega and turn it into a trendy coffee shop for the tourists. You’d live a modest life, but would be well looked-after and enjoy a peaceful existence.

Actually a bunch of free books come along with a great deal on the Bill Bonner Letter. We read his writings and his diary every day. This is a link to how to get them.

This material is part of a balanced system of 1) winning during the Fed’s fiat bubble economy, while 2) preparing for the time when the Fed falls off the tightrope that they are walking on, or something else happens to tip the economic iceberg over. 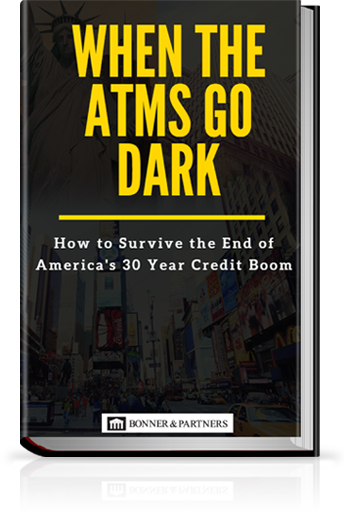 Another choice might be Chiang Mai, in Thailand, where, although you’d be regarded as farang (and could not own property), you’d be treated very well by locals and have opportunities for investment. You’d be well away from the problems of the capitol, Bangkok, in a still sizable town of 130,000 and live very well, very inexpensively.

But again, the above are locations that are of interest to me, as I’ve researched them and each one has attractions that appeal to my personal needs and economic situation.

The reader is encouraged to do his own investigations, beginning with the internet and leading to actual visits.

One thing is certain: the former “free world” is now in an economic bubble of historic proportions. For those living in a country that’s at risk, there will be an extended period (at least ten years, but very possibly more) during which there will be dramatic decline.

When a nation of people who have been living a spoiled life of unrealistic expectations suddenly has the plug pulled on the largesse, they tend to behave very badly. In such a case, we’re unlikely to see a repeat of America after its revolution, in which the people rolled up their sleeves and got to work, due to their self-reliance and strong work ethic.

Instead, we’re more likely to see something akin to the aftermath of the French or Russian revolutions, in which the people expected an easier life. When they didn’t get it, they reacted in a primitive fashion, destroying the source of what might otherwise have been prosperity. In each case, a true recovery was therefore very long in coming.

Those who desire a bright future must choose wisely where they wish to be when the next crisis arrives. The opportunities exist, but the requisite effort must be made.

Note from John: International Man earns its revenue through marketing various products that we think align with us ethically and intellectually. We promote cryptocurrency and gold to help you break away from holding your wealth entirely in fiat currency denominated assets. We’ll encourage you to prepare for some bad things that may come economically. But we are optimistic that the free market will continue to provide wonders in the coming years, wonders that exceed our imaginations and that occur despite every effort of the parasites to suck life away. So we’ll introduce you to exceedingly bright and successful investors who are optimistic in the markets and who have great track records. Every reader is different. We’ll try to present a nice variety of writers and investors for you to read. In that regard, don’t forget to check out Richard Maybury’s Early Warning Report and Paul Rosenberg’s Free Man’s Perspective.