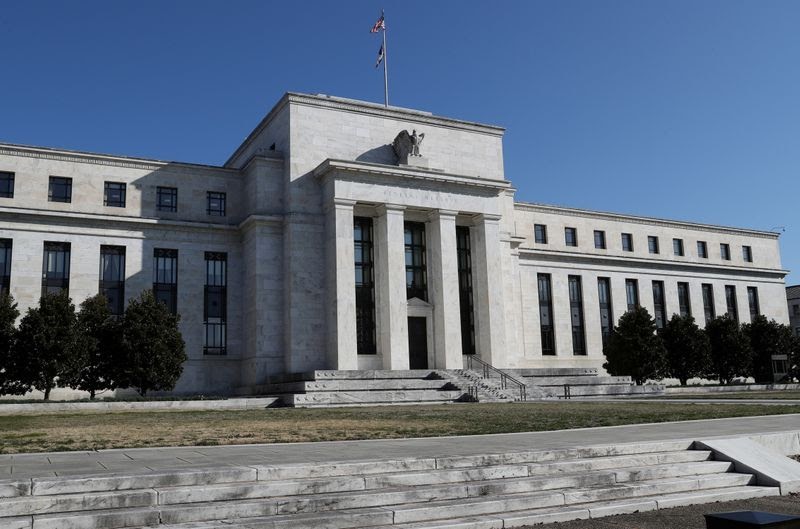 If you want to understand America’s dangerously deepening travails, you have to start at the Federal Reserve’s Eccles Building.

After a 30-year rolling coup d’etat, its occupants have imposed a regime of destructive falsification on America’s financial, economic, political, and social life.

It has become the heart of mushrooming darkness taking prosperity, liberty, and democracy down for the count.

How do we get 50 million unemployed… the stock market at record highs… companies trashing their balance sheets to buy back stock and do vastly overpriced M&A deals… doctors and politicians savaging the economy and the livelihoods of millions… and Washington going incontinent on the fiscal front?

The answer is simple: the rapidly-spreading dysfunction is rooted in the giant financial fraud embedded in the Federal Reserve’s $7 trillion balance sheet.

The latter is blissfully taken for granted by the politicians and C-suites of corporate America and desperately insisted upon by the unhinged gamblers of Wall Street.

Even if you believe that a regular infusion of money is needed to catalyze the wheels of capitalist growth (we don’t), there is absolutely no economic logic that says the central bank’s balance sheet should grow by orders of magnitude faster than GDP over an extended period of time.

But it did and does.

In contrast, the Federal Reserve’s balance sheet stood at about $240 billion on the eve of Greenspan’s arrival at the Eccles Building in August 1987 and clocked in at $7.2 trillion at the end of Q2 2020. That’s a 30X gain.

Since the early 2000s and the dotcom crash, it has only gotten far worse. The chart below of the Fed’s balance sheet and GDP is indexed to 100 as of January 2003. It tells you all you need to know. 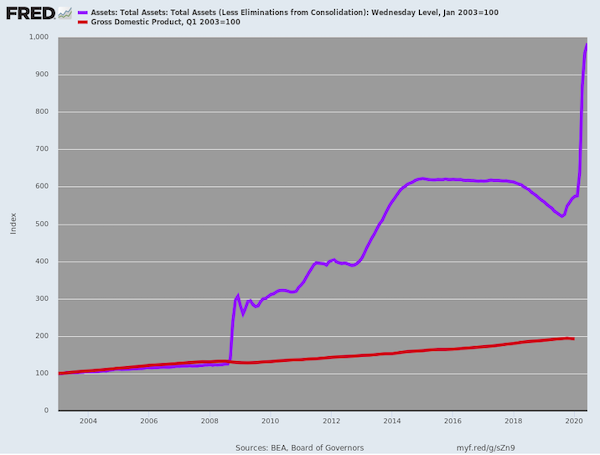 What was fostered in the vast area between the two lines above was excess liquidity, debt, speculation, and malinvestment. This was accompanied by a complete breakdown of financial discipline in all sectors of American society.

These long-term growth factors are not even in the same zip code or planet—and the massive excess of the Federal Reserve’s balance sheet versus GDP did not happen like a tree falling silently in an empty forest.

On the contrary, it turned the financial and economic world upside down. That’s because the effect was to systematically suppress the cost of debt and speculation and drastically inflate the value of financial assets. As a result, everyone got false price signals and changed their behavior accordingly:

The Fed is now a rogue institution that comprises a clear and present danger to the future of prosperity and liberty in America.

The tragedy is that the clueless speculators on Wall Street, and the politicians of Washington who are riding the most egregiously inflated financial bubble ever, don’t even get the joke.

So what happens next?