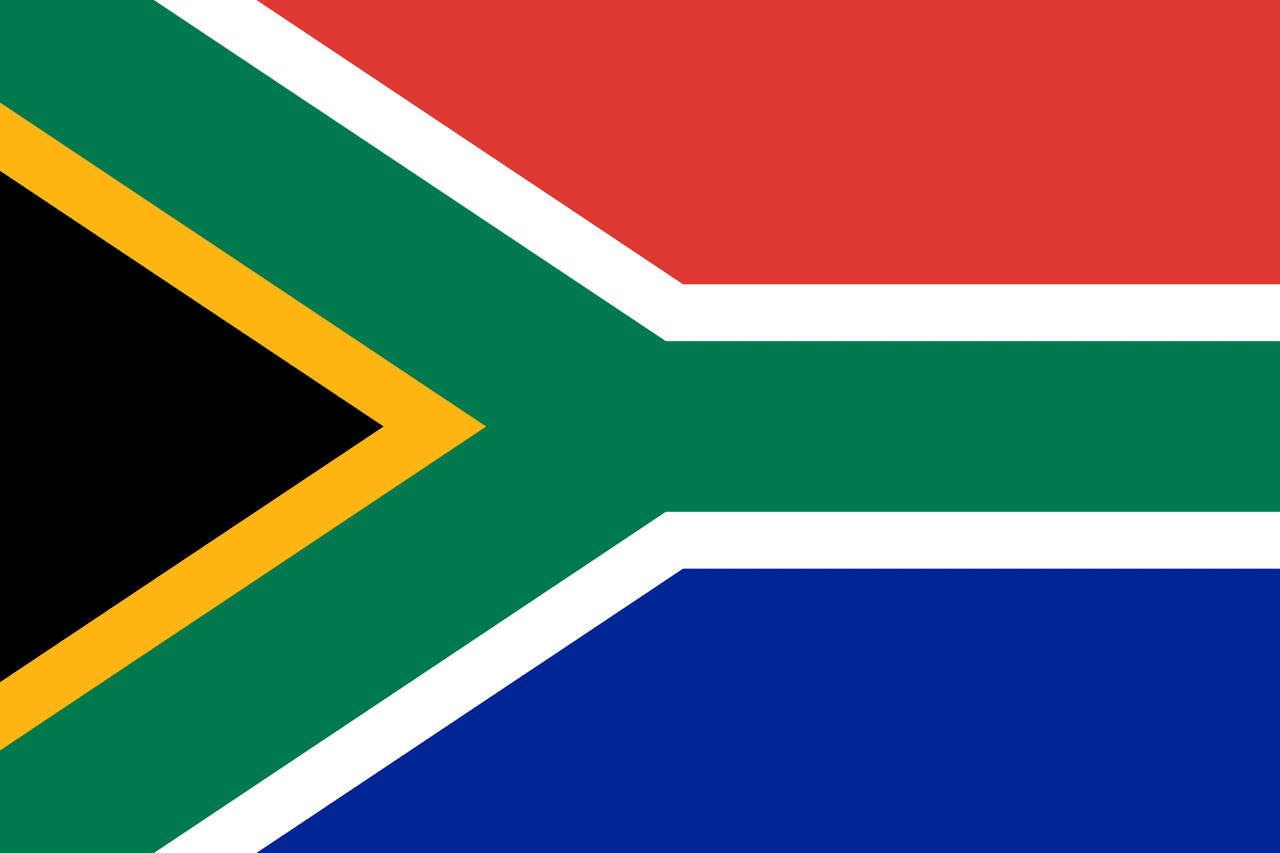 Nick Giambruno: Doug, you have extensive experience in the region. What makes you think South Africa is headed for trouble?

Doug Casey: I’m afraid it’s going to come down to a racial issue. It’s unfortunate, but people seem to segregate themselves according to the lowest common denominator. You see this in prisons, where blacks, whites, and Hispanics are totally divided. It’s impossible for a member of one group to even talk with someone from another group. It seems to be how the primitive reptilian part of our brain is wired.

This is the case in South Africa because the blacks, who were oppressed by the whites for a long time, really think the white man stole everything from them. And there is some truth to that – even though blacks and whites arrived in the Cape more or less contemporaneously in the 1600s. But it’s also true that the Europeans built the country. It’s been said that the native Africans would have been indebted to da Gama if he’d just thrown a wheel out when he was rounding the Cape. He would also have needed to give them an instruction book – but nobody could read.

Ultimately, the only answer to the race problem is for people to view each other as individuals, not as members of groups. That seems unlikely, though, since even in the U.S. “identity politics” is the new rage.

South Africa is divided into 10 black tribes, two white tribes, plus the Cape Coloureds and the Indians. South Africa, like the whole continent, is famous for one group getting control of the political apparatus and using it to rip off all the others. It’s the big problem everywhere, though, not just in Africa. It’s proof that multiculturalism doesn’t work.

In addition, South Africa, like the rest of the continent has a rapidly growing population. But industry is not growing. In fact, industry is collapsing, the pie is actually getting smaller. Now that the blacks have total control of the political process, they’re going to try to cut themselves as big of a piece as they can of it. It’s trouble.

Rick Rule: I’m always delighted to appear with Doug because he makes me seem like such a raging optimist. The truth is that my own outlook for South Africa is substantially less bleak in the long term.

I agree with Doug’s description of some of South Africa’s ailments. I would say, to part of what he said, that I regard government and socialism as the most destructive of the remaining colonial legacies of white domination. I think it’s unfortunate that Africa chose the worst of the Caucasian legacies rather than the technology and the use of reason, which would have been better legacies.

My own experience in Africa in the last two or three years is that there is an emerging class of young indigenous Africans. As an example, it’s the most rapidly growing population for Students for Liberty on a global basis. And looking out in the five- to 10-year timeframe, I’m very optimistic about the future of Africa. So much so, that I’ve invested personally in Imara, a private pan-African investment bank, which says something about putting my money where my mouth is.

So I would dispute some of Doug’s characterization of South Africa, at least in the longer term.

Nick Giambruno: Rick, what are your thoughts on the supply/demand dynamics for platinum? What, exactly, piqued your interest in this metal?

Rick Rule: There are a couple of things that you must understand both on the supply and demand side.

On the demand side, demand was cut obviously by the Volkswagen diesel vehicle scandal. This scandal impacted Volkswagen’s sales and diesel sales worldwide declined, and that reduced demand for platinum.

The second thing that reduced platinum demand on a global basis was the fact that while the Chinese suggested that they would put in place Western emissions standards with regards to their diesel emissions, they didn’t do so. That meant there was no need to increase catalytic conversion technology in China.

On the supply side, the three countries in the world that matter are South Africa, Zimbabwe, and Russia.

I believe that Russia is in better shape than most people allege it to be. The primary platinum producer there, I believe, is in robust shape.

But the truth is that both Zimbabwe and South Africa in the two- to five-year timeframe are likely to disappoint. That’s especially true in South Africa, where the cost pressures are unbelievable.

The consequence of that is that probably 60% – maybe more – of platinum production in South Africa is unprofitable.

The industry needs to invest more but can’t because it’s losing money on every gram that is produced currently. And the situation is only going to get worse.

Mining platinum is a labor-intensive business.

You have partially politically inspired and partially reality-inspired labor actions from the unions agitating for higher payment to workers.

The workers absolutely need to be paid more. But the companies can’t pay them more because there is no money. There’s no sustaining capital to continue employment and they’re losing money on the unit of production business right now at current wage rates. So, it’s going to be impossible for the companies to pay workers more.

This is literally the case where you’re stuck between a rock and a hard place. I think we are going to see some sort of reckoning within the next two years. It’s a very ugly situation in the near term with no way out.

Doug Casey: Rick is absolutely correct. Just one brief addendum to his comments.

As for platinum on the demand side, I’m a big believer in electric vehicles totally displacing the internal combustion engine over the next decade. All the major manufacturers in the world are going electric, and battery technology – which is the only real limiter – is improving at the rate of Moore’s law.

Over the longer term, there’s going to be a lot less usage of platinum and palladium in internal combustion engine vehicles, which is about 75% of current usage.

Nick Giambruno: Rick, Doug brought up an important point about electric vehicles. Are you concerned that they will inevitably kill demand for platinum?

The first is that for a reasonable period – by that I mean five, six, or seven years – the increasing market share that electric vehicles enjoy relative to internal combustion vehicles is fairly small. Also, many markets, including the United States, are in fact subsidy dependent.

Looking further out as technology improves, the advantage that the electric vehicles have with two or three moving parts as opposed to 2,000 moving parts augurs for what Doug has to say.

But my suspicion is that unit sales of high-quality internal combustion engines, particularly in emerging and frontier markets, for things like the Toyota Hilux pickup truck for the next 20 years will be very strong.

The second point that I would make is that in more power-intensive applications, one of the things that I think you’re going to see, which is good for platinum and palladium, will be the increasing utilization of fuel cell technology.

As an example, in over-the-road tractor trailers, in potentially dry-bulk shipping and certainly locomotive technology, I think that you’re going to see hydrogen fuel-cell-charged transportation technologies become increasingly important. And at least with current technology for heavy-load transportation, fuel-cell technology seems to be, at present, more economic than electric vehicle technology.

Of course, in other catalytic applications, things like petrochemical production, petroleum refining, and ambient air-quality technology, platinum and palladium have an increasing role to play worldwide.

It’s also difficult to overstate as an example the importance that platinum and palladium enjoy in large, industrial, air quality applications… as an example, the pulp and paper business or power generation.

We could begin to see fuel cell-engendered substitution – particularly in bulk shipping – where the existing method of power is very low-quality bunker oil, which has a deleterious impact on air pollution. There’s huge investments going into this sector.

It would really drive demand for materials related to fuel cells like platinum and palladium. And it would – if the technology were successful – deliver great increases in air quality in places like London, Hamburg, Singapore, Hong Kong, Los Angeles, and other places that suffer extraordinary amounts of emissions now because of their location close to ports.

Doug Casey and Rick Rule on South Africa and Platinum

Legendary speculators offer their take on the backdrop – fundamental and political – for “little silver.”