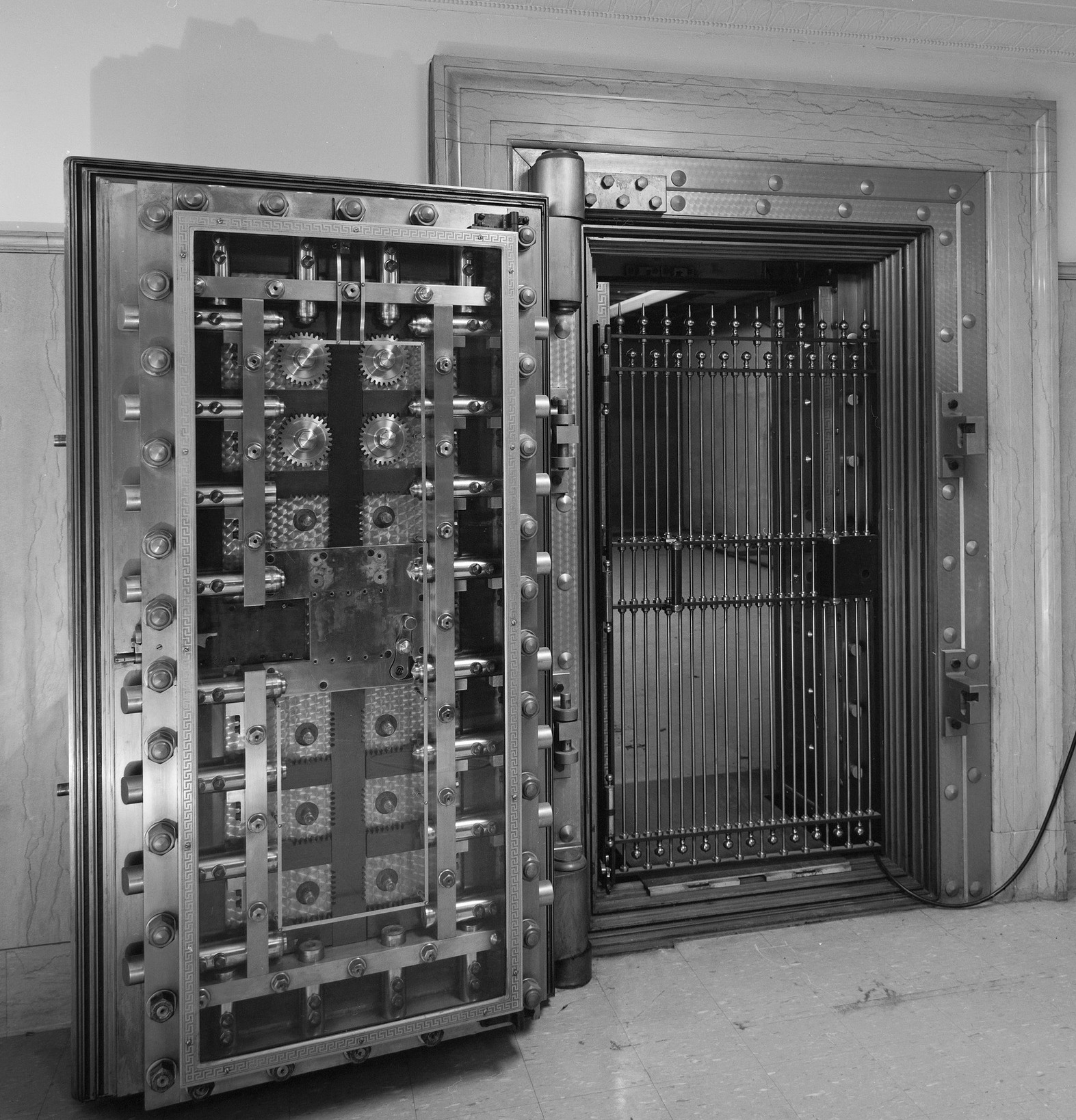 Since before the days of currencies, people have sought to keep their wealth safe – to store it where it wouldn’t be stolen from others.

In the 1970’s, I became the first jeweller that had existed in my country (the country had been a backwater until that time, but was developing rapidly). That made it necessary for me to import precious metals from Johnson Matthey in London on a regular basis.

At that time, local banks stored little or no precious metals and that meant that a safe storage location was needed for the ever-increasing inventory of precious metals. It became necessary for us to lease an old bank premises with a sizeable walk-in safe.

This experience turned me into a lifetime holder of precious metals. It also made me unusually conscious of the necessity for safe storage.

Back in 1970, economist Harry Browne wrote on what he considered the essential requirements regarding safe storage of wealth. He began by stating that “paper receipts are not real money; they are money substitutes.” He then defined the minimum criteria for the storage of real money:

So, let’s consider how well banks have adhered to the above principles as wealth storage facilities since 1970.

All of the larger banks have become involved in questionable loan practices in recent decades. This has made them unstable at best. Some would have failed, were it not for bail-outs (and, in some cases, bail-ins) by governments. In bail-outs, bankers paid themselves enormous bonuses, based upon the volume of their loans, no matter how unsound and, when the Ponzi scheme collapsed, governments rewarded them for their misdeeds by providing taxpayers’ money to re-float their banks, as they were “too big to fail.” Bail-ins were worse, as governments approved the robbery of depositors’ funds to re-float the banks. (At present, the EU, US and Canada all have bail-in laws that allow bankers to unilaterally perform this type of robbery, by declaring a “bank emergency.”

Considering the above, it would be difficult to imagine banks to have a worse reputation for deposit safety.

Doug Casey will be there, as will many notables you likely follow.

As to wealth being accessible, most all countries now have laws that define your deposits as “bank assets” and that they represent a “liability” of the bank. This means that, at any given time (say, in a crisis situation), the bank has no obligation to allow you to withdraw your savings. The bank may wait until its crisis is resolved (if at all). Then, you’d be entitled to whatever portion of your savings actually remained, following the resolution. (The percentage can be as low as zero.) The bank has the authority to declare a freeze on withdrawals at any time, without recourse by depositors.

As to money circulation, since the bankers profited so handsomely from the loan scams leading up to the crisis of 2007, they’ve done it again, except that the level of uncollectible loans is far greater today than in 2007. Therefore, if an individual has his wealth stored in a bank, when the inevitable next crash arrives, he can be sure that it hasn’t been kept out of circulation.

Well… not so good, is it? Banks in the 70’s were a bid dodgy, but in today’s world, they’re about as unreliable and untrustworthy as they could be.

But, what can you do? If you were to withdraw your money now from your bank, where would you put it? Stuff it in your mattress? Worse, even if you did make that choice, most banks demand (since it’s their asset and not yours) that you justify to them why you need to withdraw any of your money. This makes your wealth even less accessible.

There is, however, an alternative. Centuries ago, in Europe, people seeking a safe place to store their wealth adopted the practice of going to the local goldsmith, who, of necessity, had built himself a vault of some sort. They then paid the goldsmith a small storage fee. The goldsmith could not spend depositors’ wealth, nor could he loan it out. (Unlike today’s bankers, he would have been put in prison for such an act.)

Recommended Link to The Casey Report

And, returning to the introductory paragraphs of this essay, as a young man, I found myself in exactly that dilemma. As the only local jeweller, it became necessary to acquire safe storage, as there were no other practical options at that time in my country.

Since that time, I’ve become highly conscious of the need for safe storage of wealth and have been involved in the creation of several wealth storage facilities. Such facilities are becoming more numerous in today’s world, and for the obvious reason: the alternative is eminently untrustworthy.

If the reader seeks to protect his wealth, he may wish to consider the well-established minimum standards once again. Begin by recognising that “paper receipts are not real money; they are money substitutes.” Real money has intrinsic value and we therefore return, as mankind has for over 5000 years, to precious metals. As to its storage:

Back in the 70’s, I faced a problem of wealth storage that couldn’t be addressed without acquiring a vault. Today, the problem is far greater, but the solution is far easier.

John’s note:
Over the coming weeks and months, we’ll present information to you about great ways to vault your hard assets. Keep an eye out. Tomorrow, Peter Diekmeyer writes about how to shop around for a new country.