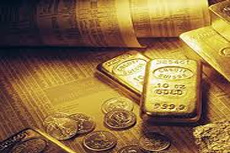 There is much discussion these days as to whether the price of gold is being manipulated. The answer is simply “yes.”

It is likely that most potential gold investors would agree that the major financial institutions have the ability to influence the gold price. They would also agree that to do so would be of benefit to those institutions. Yet, many investors still have difficulty making the final leap to agree that, if the institutions can manipulate the gold price and, by doing so, will profit from it, they will actually manipulate the price. Odd, as this would seem to me to be the easiest of the three premises to accept.

However, there are also many investors who do believe that manipulation exists. From time to time, investors have commented to me, “I don't know how they're going about it, but I'm sure it's being done.”

This view suggests that the method of manipulation is difficult to understand.

Much of the manipulations that financial institutions perform are complex and confusing to those who are not involved in the industry, and this is intentional. The muddier the waters, the less transparent the activities are.

So, let's take away the detail and express one common method of gold price manipulation in simple terms:

Bullion banks generally hold only a small percentage of what they sell. Banks claim to hold 10%, but a real number may be as low as 1%. This is possible because most buyers keep the gold stored in the bank where they bought it. All the buyer really has is a piece of paper stating that the gold exists in the bank and is being held for him.

As the price of gold rises, the banks will make periodic moves to cause it to drop. They will make an offering of more gold for sale (which, again, they do not possess). Like any commodity, the more there is on the market at any given time, the lower the price will be. Thus, the price is forced down by the banks, collectively.

The manipulation is made possible due to the fact that what has been sold does not exist. The regularity of manipulation is unlimited, as the bank is only buying a fraction of the gold it sells. As long as the bank's clients are willing to invest in “paper” gold, the price may always be driven down, due to new “sales.”

Of course, this charade cannot go on forever. Eventually, the buyers realise what is being done and will then demand delivery of their gold. This will bring about two major events: a crash in the paper gold market and a dramatic increase in the price of physical gold.

The Crash of Paper Gold

Here is an assessment of how this is likely to play out:

The demand for allocated gold increases. Traditionally, a large portion of gold investment has been in ETFs and similar methods. As more investors get word of rumours that banks are actually holding only a small fraction of the gold that has been sold, they will decide only to buy if the gold is “allocated”; that is, that specific numbered bars or specific boxes of coins are being held for the buyer. (This trend already exists and is becoming more prevalent.) At this point, there is no panic, as the allocated gold simply replaces the ETFs. The amount of money invested in gold with the banks overall remains about the same.

Fear increases that allocated gold is no safer than ETFs. Rumours surface that the “allocated” gold does not exist. Either it never existed, or it has been sold without advising the owner. (This stage has also begun.)

Investors begin to lose faith in the banks. Holders of allocated gold show up at the bank, demanding to view their gold. They will be shown a portion of the gold that the bank actually holds. Some owners will recognise that what they have been shown is not the gold that had been allocated (incorrect serial numbers). The owners may then demand to withdraw their gold from the bank. (This has begun in a small way in London, Zurich and other European centres, but is, at present, a rarity.) As rumours spread of the above, an increasing number of owners will show up at their banks to view their gold and will demand to withdraw it.

The ability of the banks to deliver gold on demand breaks down. At some point, a given bank will have to deliver more than it has in its vaults, as very little of what has been sold exists. That bank will then fail to provide the gold to the owner on that given day. As more banks reach this point, rumours become rampant.

There is a run on the banks. As word gets around that banks are failing to deliver, owners panic and make demands upon the banks en masse. In a very short space of time, all the bullion banks in the world who rely on a fractional reserve system will fail to deliver, and the paper gold industry will end abruptly.

The above scenario is not merely a possibility; it is a near-certainty. It may be argued that if one bank cannot deliver, it may quickly ask the bank across the street to cover for it by loaning it their gold. But, at some point, the demand for delivery exceeds what the banks can collectively deliver, and a crash is inevitable. It is only a question of when.

It is important to understand that this last stage will happen very quickly. No one will be able to predict the day on which it will occur.

When it occurs, the paper gold crash will send a shock wave around the world. It is well-known that the world's banks are building up their own inventories of gold, and these are kept separate from what they owe the buyers of allocated gold. It remains to be seen whether the banks will be ordered by the various governments to deliver their own gold to the owners, but this seems unlikely when we observe the many cases in which banks are allowed to fail to compensate their clients whist walking away with large sums themselves.

The Climb of the Gold Price

So, then, what happens to the price of gold at this point? Clearly, it would become obvious overnight that the amount of gold that had been sold greatly exceeded that which has ever been mined in the course of history. Yet, the pre-existing level of demand for gold certainly would still exist, and even increase. Whilst some of the owners of paper gold have now been wiped out and cannot purchase more, the demand will increase, as those investors who still have cash come to be more aware of how finite gold is. In fact, that very quality will assure an increase in demand following the crash.

With the increased demand will be a predictably increased price. But there will be a second reason for increased price: the elimination of the price manipulation due to the sale of non-existent gold. Gold, once free of its primary form of manipulation, will experience greater and more regular increases in price, which will introduce the mania stage of gold's rise.

Ten years ago, those of us who predicted a gold mania needed to be careful what we predicted. Back then, I commented to a lunch group that I believed within ten years we should expect to see gold as high as $1500. At the time (gold was around $300), this projection seemed, on the surface of it, to be ludicrous. A friend in the group, the senior partner of an accounting firm, looked at me with derision and said, “What have you been smoking?” At the time, I didn't have the courage to state that I additionally anticipated a subsequent mania that would eclipse the $1500 price. (At that time, I didn't have a firm picture in mind as to what the eventual high of the mania would be and, to be truthful, I still don't, although forecasters whom I respect have predicted $3500, $6000, $10,200 and $18,000.)

Today, $1500 gold is old hat, yet most people still doubt that a mania stage will occur. In fact, as a result of the length of time since the drop from $1900, an increasing number of pundits are predicting that the gold bull market is over, and that the price will soon head further south.

However, if the above supposition regarding a paper gold crash is correct, this event will most assuredly usher in a mania stage (if no other event does so first). It could occur in a year or two, but it could also occur tomorrow. All that is needed is enough fear in the market for a small percentage of those who hold paper gold to call in their chits.

Therefore, for any investor whose gold is held in any way by others (ETFs, allocated gold in a bank, physical gold in a bank safe deposit box), he would be well-advised to take delivery as soon as possible, if he is to be assured of actual ownership.