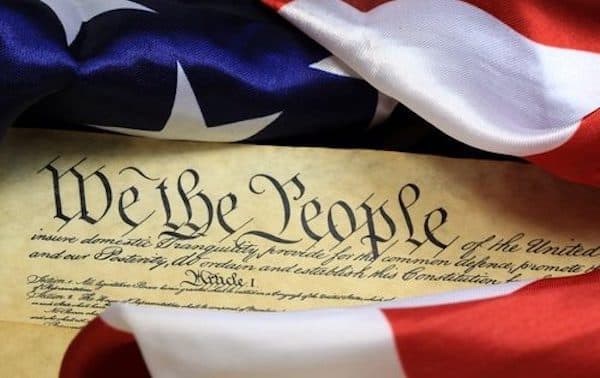 Editor’s Note: Whether it’s Democrats or Republicans in control of the US government, the dominant trend in the US points in the same direction: one of greater government control, increased spending, and military interventions around the world.

But it’s not all bad news.

Today, a lifelong libertarian and friend of Doug Casey’s, Bill Morrison, shares his insights on a liberty-focused movement in New Hampshire, called the “Free State Project,” and its annual Porcfest conference.

It’s 5 am and the insistent summer solstice sun has again roused me from a perfectly good sleep. But I have the same hint of a smile on my face as the last five mornings at my first Porcfest, the summer gathering of the libertarian New Hampshire Free State Project. (Their mascot is the Porcupine.) My slight morning smile is from looking forward to another day surrounded by “my people"—folks who want to live their lives like I do: free to choose what I want to do, as long as I don’t harm others.

But before I explain why Porcfest was so refreshingly different, let’s first take a look at my experience at traditional libertarian-leaning conferences.

Lurking around every corner you’ll find salesmen hawking gold coins, Caribbean real estate, or sure-fire investments. Then there are the far-fetched event-session hucksters touting various elixirs, why Apollo was a hoax, and—well, you get the idea. Most annoying is when the presentation title seems reasonable and interesting and I go but am forced to be rude and leave or sit through what I consider drivel or such a blatant sales pitch as to be laughable.

With a high attendance cost, most of the audience wind up being retired senior citizens with lots of spare change and wealthier people in general. Young people and blue-collar workers are as scarce as a rational thinker at a Congressional hearing.

Conservatives as Well as Libertarians

To draw more of a crowd, I suppose, traditional freedom conferences try to attract lots of conservatives. Liberals seem to be rare, but maybe they just keep a low profile. I can converse reasonably with conservatives if I steer the conversation to specific issues. Same for liberals. But it gets old.

I exaggerate here to make my point, but it often seems to me that starting a random conversation with large-conference attendees is awkward at best. The typical attendees seem to be a cranky old guy and his longsuffering wife.

Libertarians have a (deserved) reputation for being, let’s say, “unusual.” Most libertarians consider “normal” as “boring.” Traditional libertarian-leaning conference crowds seem like any other crowd for the most part. Not exactly Burning Man. I attribute most of this to the high average age.

The depressing contrast between the earnestly hopeful messages that “we’ll all one day be free,” ironically delivered by older (but oh-so-wise) presenters who will never live to see it. And the ever-rosy sentiment by national Libertarian Party candidates that “if we just get our message out, people will see we’re right!” Right.

Here at Porcfest, however, most “hucksters” seem more like small-business entrepreneurs looking for a market niche. Maybe because they operate out of their campsite, where their “booth” is a table with their tent living quarters behind it, no one is desperately grabbing at me to sell me a better brand of snake oil as I walk by. What a relief.

There are still far-fetched presentations trying to sell their favorite conspiracy theory or thinly veiled (or not-so-veiled) marketing pitches for pixie dust with a freedom-themed veneer. When I grumble about the latter, I’m told, “They don’t get paid to come here, after all.” Fair enough.

But some of the most enjoyable talks are by those who are just coming to Porcfest anyway. I’m reminded of presentations by attendees at the Eris Society annual gathering, many of whom had fascinating side-interests or hobbies about which they were impressively knowledgeable.

A nice aspect of having quirky peddlers is that it feels like a scene from Blade Runner, gloriously unregulated by a Nanny State. I have always been attracted to places that exhibit a frontier mentality. Such places have all but been stamped out by “civilization.” Yawn.

To produce a huge conference with lots of people, you need famous speakers, whom you catch while on a bookselling tour, or pay by selling advertising or just charge a high entrance fee. They are held in large convention centers, which means pricey hotel rooms, airline tickets, and restaurant food. The Porcfest entrance fee was $80, and a campsite was $42 a night (which many split with others).

Most attendees seem to be from New England, who just drive here. Camping out means they can bring their own grub. Prepared food from independent venders is below restaurant prices. If there is a place to sit while eating, it’s a picnic table where other attendees make room for you, family style.

The Free State Project (FSP) is populated by families with children and a lot of people in their 20s, 30s, and 40s. This, plus the lower cost to attend, means there is a pleasantly surprising number of younger people. Instead of older people dominating the crowd, it is the opposite.

All Libertarians with No Conservatives?

Obviously, people don’t walk around with signs on their foreheads stating their political beliefs, but I don’t think I’ve met one person whom I would call a conservative. Our evolutionary tribal imprint makes us want to be around people with the same value system. Porcfest may be the only gathering I can recall where everyone I’ve talked to thought 90% the same as I. Wow.

The only awkwardness is what I think of as normal behavior from overly analytical INTP-personality types. I once saw a poll from a libertarian gathering that found most of the audience were this Myers-Briggs personality type of Introvert-intuitive-thinker-perceiver. It’s what I am, but I’ve managed to smooth off most of the rougher edges over time. The good news is when two INTP’s meet, they have instant simpatico—if they can get over their annoyance at having their internal dialogues disturbed.

A hallmark of unfree societies, to me, is that “safety” is considered a supreme goal and heavily enforced. In the Old West, the first step when a frontier town became “civilized” was banning guns. It is also, of course, the first step tyrannical rulers make to subjugate the population in the name of public safety, as if banning guns really makes anyone safer, except maybe criminals.

So I’m pleasantly surprised by the many people walking around armed at Porcfest—mostly because they can. This is perfectly legal, as New Hampshire allows open carry. To underline this, some even carry rifles on slings hung on their shoulder. In keeping with posted safety directions, rifles have orange plastic pieces sticking out of their chambers, so anyone from a goodly distance away can see they were unloaded and incapable of being fired. Pistol toters were asked not to unholster them to show people. And if they were going to imbibe, to leave them locked in their vehicles. All abide by these wishes, far as I can tell. There are professional firearms instructors in the crowd who keep a watchful eye to be sure.

Hollow optimism irks me. As a libertarian most of my life, I’ve long since come to terms with the conclusion that nationally, we likely will always be a minority too outré for the mainstream.

I’m sympathetic for the need to be upbeat. Fine. But just as giving every student a passing grade is harmful, I think being unrealistically optimistic for the sake of being upbeat is not a healthy thing. This, of course, is a dilemma all Libertarian presidential candidates have. Who would vote for them if they openly didn’t care about winning?

The Free State Project has an incentive actually to win in New Hampshire to have a real effect on personal freedom. So motivating themselves to win local elections is not hollow optimism, just part of their business plan. I’ve not heard anyone here talking about winning a national election.

The various sovereign libertarian country efforts (to which the FSP is indeed a creative alternative) have had the incentive to reach a critical mass size, mostly so they can spread the fixed costs of the project across enough citizens to create the profits needed to reinvest in it.

One panel member, Nicholas Sarwark, the Libertarian Party chairman, in a discussion titled, “Liberty in the Age of Populism,” talked about a concept that to me helps describe the futility of the persistent libertarian idea: “If we just explain our views well, people will adopt them.” From Aristotle’s time, the concept is the Rhetorical Triangle of Persuasion: logos, ethos, and pathos, or logic, ethics, and passion. The idea that I came away with is you can’t fight pathos with logos or even ethos. As a friend of mine frequently notes, “You can’t argue someone out of a position using logic that they didn’t use logic to get into in the first place.”

Reflecting on the experience while driving back to my summer home in the Berkshires, pulling my Airstream (my wandering home for the last 4½ years), I decided I had a hell of a good time. Going back is a no-brainer. I might even give a presentation of my own next year, since I got some good feedback in impromptu discussions with attendees on the subject. The title would be “Spirituality and the Rational Mind.” Maybe I can add entheos (inspiration from the god within) to logos, ethos, and pathos.

As for the Free State Project, I have to say I’m greatly encouraged. Perhaps a real seed has been planted for freedom in New Hampshire. This feels different.

Editor’s Note: Even as the freedom-loving movement gains traction in New Hampshire, socialist ideas continue to grow in popularity across many parts of the US.

Identity politics and the redistribution of wealth have become the primary focus of the American political discourse. And it’s only going to get worse… until it reaches a crisis. That's exactly why Doug Casey and his team just released this urgent video. Click here to watch it now.