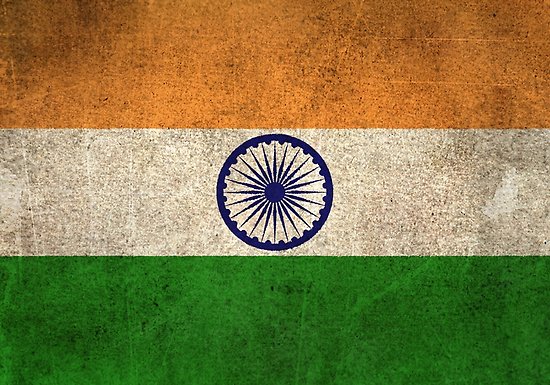 As I write these words, the 2019 general election for the next federal government of India is underway. This comes five years after a significant break from the past occurred in Indian politics. Now, for the first time since independence, the ruling party and the Prime Minister have no connection with the British colonial past.

Narendra Modi, the Prime Minister, was born in 1950, three years after the British left.

It is perhaps no coincidence then that this cycle’s electioneering is by far of the lowest quality I have ever seen. Terrorists, criminals, mass-murderers, fanatics, conmen, and gang-rapists populate the field. Moreover, at least one-third of the current legislators have criminal proceedings against them, and this in a country where most crimes never get reported. Every face I see reminds me of Gollum (of The Lord of the Rings).

The voter is obsessed with his ideological preferences and processes everything through partisan lenses. If a rapist is from a feminist’s preferred party, she will refuse to see any fault in him. Not that India has had much to do with concepts like morality and reason. In earlier times, there was a certain kind of tolerance of different ideas. That tolerance is long gone.

Everywhere I look it is as if scavengers are feasting on carcasses.

In India, as elsewhere, institutions provide us with the basic ecology to conduct social transactions. If these institutions are formed on the basis of reason and morality, they encourage people to think, operate and transact without aggression or fraud.

Unfortunately, the rational institutions that the British left behind in India have continued to degrade since the time they left. Modi was a sudden and significant break from the British and also the start of an era of rapid degradation.

Termites have now hollowed out these institutions. There is a suffocating smell of rot everywhere. Class, vision, honor, pride, and self-respect are conspicuous by their absence, not just among politicians but particularly among the citizens. Now the underlying tribal culture is reasserting itself through the continued - and accelerating - degeneration of these political institutions.

According to the international organizations—the World Bank, the IMF, etc.—India is a vibrant democracy, and among the fastest growing economies in the world. I am not sure whether to trust my own senses or these well-staffed organizations with tens of billions of dollars in funding.

Every party is operating on a single economic policy: Who will offer the most goodies if elected.

Before he became the Prime Minister, Modi had suggested offering INR 1.5 million of free money to each individual, an amount that would have been 1,300% of GDP per capita. Rahul Gandhi, the main opposition candidate, is offering INR 71,000 to each poor family, and government jobs to many tens of millions.

India is more regressive today than it was before the so-called liberalization of 1991.

Unemployment has also shot up. Tens of millions were shown the illusion of success if they went to schools and colleges. These individuals are now knocking on doors, looking for whatever they can. It is not very difficult to find an Amazon delivery guy who is an engineer.

Recently, Indian Railways posted 90,000 job vacancies. 28 million candidates applied – a number comparable to the total workforce of the UK. But this is nothing unusual. Engineers, doctors, PhDs regularly apply for jobs that otherwise require no more than primary school education, including jobs that require dipping into pools of sewage to unblock drains (watch the Slumdog Millionaire movie to get a “flavor” of this).

In 2016, Modi implemented demonetization of 86% of Indian currency, which seriously harmed the economy. For a long time, the backbone of the Indian economy has been its informal sector. Without cash, this sector went into a coma. Then Modi implemented an extremely onerous internet-based value-added tax system, in which every receipt is reconciled. There are now hundreds of regulations and circulars amending the tax system.

I know many otherwise educated people who have never used their ATM card. In the low-trust society of India, they cannot foresee not having a human on the other side before they collect their cash. With poor people, the difficulty is much bigger. They simply cannot comprehend how this whole system works.

I don’t use my card either, for it is not impossible for money to leave my account and then never arrive where I send it. Everyone who has used Indian banks suffers from this problem and takes it in its stride.

While economically, all parties are on the left, offering crumbs to the poor while stealing the public treasury, there is also a considerable religious divide. The party seen as the right-wing, BJP, favours Hindu nationalism and has contributed to significantly increasing fanaticism among Hindus. The left is made up of victim-card holders: Muslims, communists, and what are rightly called “pseudo-secular” (spineless non-Muslims who find faults in their own religions but then without any logical connection conclude with sympathy for Islam).

Modi, who belongs to the right-wing, BJP, realized that he was likely to lose elections, so on 26th February 2019, to get votes of the TV-watching zombies, who wanted to vicariously feel valorous, he decided to send fighter planes inside Pakistan to drop bombs, trying to enact what Israel or the US do.

As a result of the incursion, India claimed to have killed 250 terrorists who were in training at a camp inside Pakistan. All evidence so far shows that they likely missed their target. (It seems they did shoot down a helicopter with six people in it…except that it was India’s own.) Nine Indian fighter planes have fallen from the sky so far this year during training, for no good reason.

The good thing is that when a nuclear war happens between India and Pakistan, the bombs will likely fail to explode.

Average Indian IQ, depending on which statistics you look at, is between 76 and 82. Given that our political correctness no longer allows us to talk about IQ, the assumption among the IMF and the World Bank is that India will not only be the next China but much better, for India is a democracy.

China copied western technology. India (and Africa) failed—copying is not all that easy. Shops in India are ridden with basic things like Chinese plastic toys. Finding skilled people is a near impossibility. When you bring a plumber home, you should expect him to create three new problems for each one he claims to solve. Those who think India will ever take over the manufacturing that is leaving China are living a politically correct delusion.

Even India’s IT industry —which was never a force to reckon with and dealt mostly with low-level work, and employed no more than 0.3% of the population—is rapidly losing ground. Call centres, as the reader might lately have realised, is rapidly moving either back to the US or to the Philippines.

Nothing works in India.

As time marches on, institutions continue to fall apart, degenerating and decaying. The Constitution is today mere pieces of parchment, with only as much value as the comprehension of the judge allows for. He simply does not have a rational mindset, for which the British formed India’s institutions.

As institutions succumb to rot and decay, India has proven incapable of even maintaining them, let alone creating new ones to deal with the many modern challenges facing the country.

India economic growth, which began in the early 1990s, came about not so much because of so-called liberalization, but because cheap telephony and internet “force-fed” technology into the country, as it did to the rest of the Third World. That benefit has now been used up.

Even then, most of the Third World growth came from China, now clearly a Second World country. If you exclude China from the Third World, its growth does not look too good.

By the end of WW2, Britain had realized that India and the rest of the Third World were not worth the effort. These societies had become too chaotic. And the few liberties that the British did extend to the locals were in turn used to fight against them, rather than to build upon the foundations and to use them as a springboard to improve their own lot.

The Third World, including India, was living lives of savagery and barbarianism, existing at the margin of Malthusian equilibrium.

In 1950, India’s population was 359 million. Today it is 1,369 million. In 2050 it is likely to be 1,659 million. But population explosion does not tell you the full horror of the reality. The most educated and smart Indians (who the readers of this article come across) typically emigrate to work for private companies abroad, and simply have fewer or no children. The underclass therefore continues to increase in number with abandon while the proportion of smart people continues to decline across the society. All this aided by the affirmative policy has rapidly made the Indian government increasingly braindead.

The Third World wallows in victimization. The Christian guilt and virtue-signaling by the leftists in the West have encouraged this. Alas, this disallows the Third World to engage in any meaningful self-reflection, letting them to sink more and more into the quagmire; a reversion back to the dark ages.

What will be the outcome of the ongoing elections in India? This is the wrong question. As the break with the British past has been completed, there really isn’t any better option available.

As institutions in India continue to fall apart, now faster than ever, it will soon start to go off the cliff. India faces a humanitarian disaster. When one thinks about the Third World, one must keep in mind that except for China, the future is grotesque. Five billion individuals live in the Third World. When that falls apart, for their institutions will eventually no longer be able to contain them, it will be a humanitarian disaster of the kind the world has never seen before. Ironically, the World Bank and the IMF look at the Third World as the future of humanity. It is a future only the politically correct could imagine, but that India will suffer nonetheless.