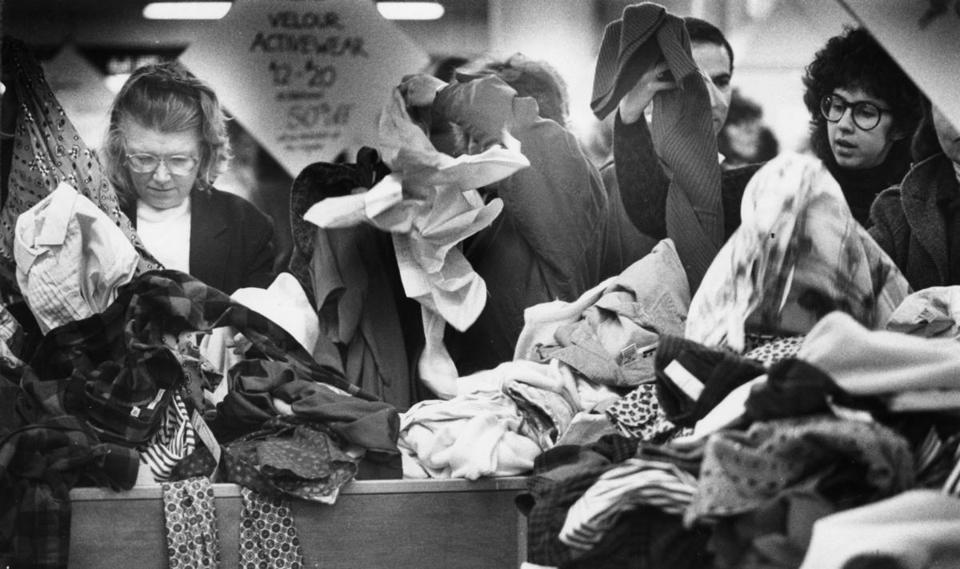 Increasingly, both Europeans and North Americans whom I meet are expressing their concern that the social structure of their countries appears to be breaking down.

Americans and Canadians speak of people of who, for making an off-handed comment that could possibly be interpreted as racist, can lose their livelihoods as a result. In the UK, it’s worse, with people being sentenced to prison for publicly denouncing rapes of children by Muslims in UK cities.

In the US, some universities now have “non-white-only” days, when Caucasian students and faculty are banned from school grounds. (Those who do attend have at times been harassed, threatened and even physically attacked in the new racist anti-white trend.)

The quest for illogical “diversity” is arising in a host of surprising contexts. For example, in applications for air traffic control positions, applicants are given five times more points for seemingly irrelevant “qualifications,” such as “having played team sports in high school” or for “having been unemployed for more than three years,” than for being pilots. This, in spite of the fact that air traffic control is not about diversity, it’s about knowing how to get planes full of people to land safely.

A teenager who is caught smoking marijuana can be jailed for it, but, worse, under Civil Asset Forfeiture, if he brings marijuana home, his family can have their house, cars and bank accounts confiscated under the suspicion that they “may” be drug traffickers.

However, bankers, who embezzle hundreds of millions, simply pay a fine, which is then charged to shareholders.

As one American said to me recently, “It’s as though everything I was taught about truth, reason and morality as a child has been turned upside down.”

Historically, whenever an empire is in decline, as it reaches the latter stages, truth, reason and morality become casualties.

As government leaders come to realise that the damage that they’ve visited upon their countries has gone way too far and that a collapse will occur, they make a last-ditch effort to keep the game going a little longer – to milk the system for a final year or two.

Concurrently, some people begin to twig onto the fact that the government itself is the problem and they begin to seek accountability. At such a time, the only tool a government has is to attempt to re-invent truth – to feed the media with a false narrative in order to wipe out their own tracks. And the closer a nation is to the crisis stage, the more re-invention is necessary, until virtually all information is patently false.

In order for false information to be effective, reason must also be broken down. Any existing perceptions are to be turned on their heads. Those who were previously perceived as the contributors and creators are vilified as evil. Those who have previously been regarded as ne’er-do-wells are presented as victims and even heroes.

And, as truth and reason are decimated, any population begins to lose focus on its inherent morality. Even the most basic moral concepts, such as, “Do unto others as you would have them do unto you,” become abandoned, since, in a world where truth and reason are becoming corrupted, a people will begin to understand that their sense of personal responsibility and their sense of humanity are no longer attributes, but liabilities. At best, these traits may diminish a citizen’s well-being and, at worst, he can be ostracized or even jailed for defending moral principles that have been discarded.

But, it should be said, that this is nothing new. In Rome, in the fourth century, in Spain in the sixteenth century, and, in fact, whenever an empire has begun the latter stages of decline, the deterioration listed above has taken place. The pattern is always the same.

This brings to mind a lesson I learned in my youth. I’d been sent to a private school in the city. On the main shopping street there was a very large department store (In the UK, think: Marks & Spencer; in the US, think: Macy’s).

Periodically, there would be sales on goods. But, once a year, a Final Closeout Sale would be held. Prices were far lower than the cost to manufacture the goods and this would be the one and only time in the year when extreme bargains were to be had.

The sale was always held in the basement, which was devoid of the attractive displays upstairs. Instead, plain steel clothing racks and bare wooden bins held the clothing that would be on sale.

On the day of the sale, the doors would be opened and a flood of women would rush into the store and hurry down the stairs. Women would seek out the racks and bins where clothing their size had been displayed. In a very short time, clothing was torn from racks. The cellophane was torn from the Items in the bins and the women tried to grab as many items as would fit them. Amazingly, many of them took off their outer clothing and went from rack to bin in their underwear, trying on clothing.

At times, the competition for acquisition became somewhat frenzied and women would physically fight over a garment, sometimes tearing it to pieces.

By day’s end, the clothing that hadn’t been bought was strewn everywhere and the floor was covered in garments that had been trampled.

At the time, such behavior by individuals was anathema to me and I attempted to understand why (otherwise normal) people would, as a group, abandon their sense of personal responsibility to others and their sense of humanity.

Clearly, the very notion that the event represented a “last chance” of some sort was sufficient to cause, at least a portion of the population, to discard all responsibility.

And, of course, the same is true for nations. Throughout history, whenever an empire has entered its decline, the people, whether they understand the events or not, feel in their gut that a “Final Closeout Sale” is coming and their traditional values often fall by the wayside.

In the jurisdictions mentioned above, if we can go by voting, roughly half of each population not only tolerates the loss of truth, reason and morality, they revel in it. Indeed, those who promote the “newthink” tend to be positively obsessive, to the point of not only forcing it on all others, but doing so violently in many instances.

Just as in 1789 in France, or 1917 in Russia, we would be unwise to be present at the time of a national Final Closeout Sale, as it would unquestionably pose a very real threat to anyone whose prime values remain intact. Worse, in the aftermath, we’d be highly likely to see the emergence of a Robespierre or a Lenin, assuring a coming era of persecution for the retention of prime values.

In any era when socio-political or economic upheaval is soon to occur, those who survive the debacle tend to be those who watch carefully for the warning signs and make changes in their lives and/or geographic locations in the hope of avoiding becoming a casualty.

Those who continue to value truth, reason and morality, and wish to avoid having them replaced by mindless violent chaos, might wish to pointedly be absent from the scene when the Final Blowout Sale gets underway.

Editors note: The coming financial crisis is going to be much worse, much longer, and very different than what we saw in 2008 and 2009.

That’s exactly why New York Times best-selling author Doug Casey and his team just released a new video. It reveals why a financial shock far greater than 2008 could strike America within the next couple of months. Click here to watch it now.