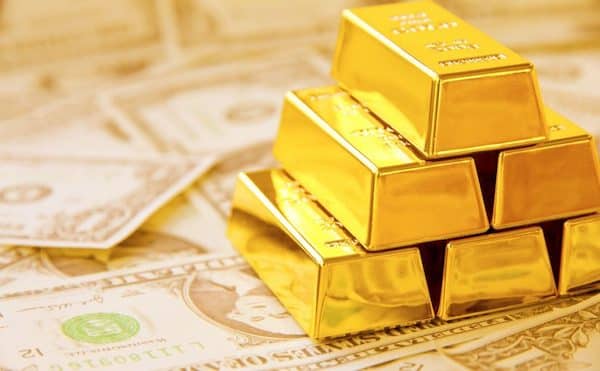 Recently, I laid out four reasons for why this gold rally will be bigger than anything we’ve ever seen.

I explained how central banks are buying up piles of gold… how China is using the metal to remove its dependence on the U.S. dollar… and why the Fed’s shifting strategy is bullish for the sector.

Today, I’d like to dive deeper into what’s going to trigger this revival…

No. 5: Takeover Frenzy in the Gold Mining Industry

2019 was a record-breaking year for gold mergers and acquisitions (M&A).

The world’s largest mining companies are pouring billions of dollars into mergers and acquisitions.

What these mega deals prove is that the biggest companies in gold mining think gold and gold stocks are cheap.

They show a preference to grow by buying out other companies rather than discovering and developing new resources.

If this trend continues, 2020 will go down as a record-breaking year for gold M&As.

It’s another major tailwind for gold.

No. 6: President Trump Is Pro-Gold

President Trump is a big fan of gold.

For one, he’s made a killing as a gold investor. He’s called investing in gold “easier than the construction business.”

But Trump’s affinity for gold goes much deeper. He once said:

The legacy of gold as a precious commodity has transcended to become a viable currency and an accepted universal monetary standard. Central Banks around the world are holding gold as a reserve asset.

And Trump is a fan of the gold standard… in other words, the re-monetization of gold.

While running for president, he said:

Bringing back the gold standard would be very hard to do, but boy, would it be wonderful. We’d have a standard on which to base our money.

And he’s acting on his pro-gold instincts in a big way. Let me explain…

Trump has been able to wield more influence over the Federal Reserve than any other president since the Fed was created in 1913.

He’s had the chance to fill five out of the seven seats on the Board of Governors of the Federal Reserve.

In other words, Trump gets to stack over 70% of the whole Fed board with people of his choosing.

And so far, he’s nominated several pro-gold candidates, including Herman Cain and Stephen Moore. They’re both on record as supporting a gold standard.

For example, in 2012, when Cain was running for president, he wrote an editorial for The Wall Street Journal titled “We Need a Dollar as Good as Gold.” He wrote:

Gold is kryptonite to big-spending politicians. It is to the moochers and looters in government what sunlight and garlic are to vampires.

Cain and Moore have since withdrawn their nominations, but one replacement is widely suspected to be Judy Shelton, who is also an advocate of the gold standard.

Regardless, the fact that Trump nominated them in the first place shows he is willing to act on his pro-gold instincts.

Having a U.S. president who favors gold and is looking to stack the Fed with pro-gold people is unprecedented in recent history. It’s a positive development for gold – and the trend of gold’s re-monetization.

But gold is going to get a boost, no matter which party is in power…

No. 7: Socialism Is on the Rise

Socialism is on the rise in the U.S. And it’s about to be entrenched in U.S. politics.

A recent poll from the Victims of Communism Memorial Foundation, a D.C.-based nonprofit, showed that one in two millennials now favors socialism and communism over capitalism.

This is no small problem.

Millennials are now the largest demographic group in America. And sometime this year, they are expected to surpass baby boomers as the nation’s largest living adult generation.

In other words, demographics alone guarantee more socialism ahead. And as we’ve seen again and again, when asked, “How are you going to pay for this?” socialists have the same answer: “Tax the rich!”

Simple arithmetic shows that even if the rich were taxed to the limit, it wouldn’t put a dent in the bills for the socialists’ government programs. But to this, the socialists respond: “We’ll just print money!”

Contrary to its name, MMT is neither new nor “modern.” And adding the word “theory” to something doesn’t make it scientific or credible.

MMT is the same economic quackery that’s brought misery to Argentina, Venezuela, Zimbabwe, and countless other places. Now, left-leaning U.S. economists, politicians, and policy wonks are taking it seriously, too. They see it as a sort of “QE for the people.”

In short, America’s embrace of socialism will lead to more money-printing and currency debasement, just as it has everywhere else it’s been tried.

But this time, it won’t be the Argentine peso or the Venezuelan bolívar that is debased. It will be the U.S. dollar… the world’s premier reserve currency.

Gold is the primary competitor for the U.S. dollar’s top role. And as the American socialists inflate the value of the dollar away, it will make gold all that more attractive.

That’s why this trend will be a big positive for the re-monetization of gold.

No. 8: Gold-Backed Cryptos – A Monetary Revolution

The last catalyst for gold is cryptocurrencies backed by gold.

There are dozens of gold-backed cryptos sprouting up.

Peter Grosskopf, the CEO of Sprott, recently called gold-backed cryptocurrencies “the most important thing to happen to the gold market in the last several decades.”

Soon after, Sprott launched a gold-backed crypto it developed with its partners.

When Sprott – a leader in the natural resources industry – makes a big move into the gold-backed crypto space, it’s a definitive sign of where things are headed.

Gold-backed cryptos combine the best attributes of gold and cryptos. I can’t think of two other asset classes that have as many synergies. In other words, the whole is worth much more than the sum of the parts.

With cryptos redeemable for gold, we can now instantly send anyone anywhere in the world small or large amounts of gold – reliably and without interference. It’s nothing short of a monetary revolution.

Gold-backed cryptos are going to make using gold as money even more convenient for the average person and business. Anyone with a cell phone now can use gold in a way that was not possible before.

This is another big reason why I think gold is coming back as money.

Putting It All Together…

When you take a step back and look at the big picture, the implications for gold are clear:

Any one of these catalysts alone would be great news for gold.

But the fact they are all converging at the same time means an epic gold bull market is on the menu for 2020. And the time to get positioned is now…

Editor's Note: There's a revolutionary new way to profit from the coming gold rush. Doug Casey and his team have outlined exactly how you could get in on the action at the ground level. They've created this urgent video explaining this golden opportunity and how you could take advantage of it. Click here to watch it now.