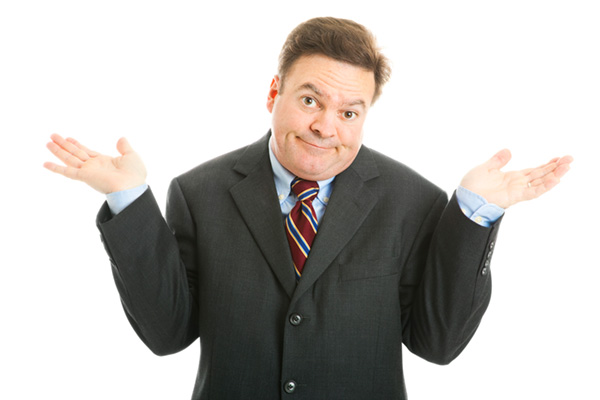 Nick Giambruno’s Note: Longtime readers know my stance on precious metals. I think gold is the safe-haven asset… the ultimate crisis currency. It has been for thousands of years. And that isn’t likely to change in my lifetime or yours.

There’s a good chance your broker disagrees. But, as Jeff Thomas reminds us in today’s article, there’s no substitute for thinking for yourself.

As a perennial holder of precious metals, I’ve often been laughed at (literally) by my associates who are senior bankers, trust officers and brokers. But, to be fair, I should say that, on occasion, one or another would say to me, “Metals are an anomaly. Even if I agreed with your premise, metals don’t fit our portfolio format. If I recommended them, my clients would think I’d lost my marbles. I’m in business to win clients, not lose them.”

This is an important point for anyone who uses a banker, trust officer, or broker as his investment advisor. He may be a very sincere guy, but he’s not willing to risk losing clients by touting an investment that doesn’t fit his format, and worse, might give his competitors an excuse to call him a nut-case.

Those advisors whom I’ve respected the most have been the ones that, over the years, have said, “I believe you’re correct and, in fact, I’ve increased metals in my own portfolio, but I’m not going to be so foolish as to tell my clients to buy metals, unless they come to favour them independently.” (At least they’ve thought the subject through.)

However, in recent years, I’ve seen an increase in those same professionals seeing the writing on the wall—foreseeing a crash in the markets. A common comment is, “I provide my clients with a diversified portfolio, except, the truth is, it’s diversified within the markets themselves. I don’t provide them with anything outside the markets, so if the markets hit a wall, my clients stand to lose it all. That’s not true diversification.”

And again, they fear advising their clients of this inevitability, because their competition will still be touting that, “The markets have never been higher. This is the worst time to get out. If your broker tells you differently, come over to us.”

The result of this conundrum is that, right up until a crash occurs, advisors always tell their clients, “You’re on the right track. The market’s never been higher. Keep buying.”

They say this even if they themselves have lost faith in the markets and are getting out.

This is an important point to ponder, as it’s one of the primary reasons why a major bull market never ends with a whimper; it always ends with a major upside spike. The crash occurs when buyers are at fever-pitch, borrowing money, buying on margin, to increase their positions.

And this latter point is a major reason why crashes can be so immediate and so devastating. When those in the market are up to their ears in debt in order to expand their positions, all that’s necessary is a slight rise in the interest rate, or another factor, to put them under water. This, of course, is exactly what happened in 1929, when the Federal Reserve raised the interest rate. I believe it’s likely to happen again rather soon. (Not all rate rises cause a crash, but all crashes are precipitated by a rate rise.)

This is also the reason why so many investors panic following a crash. If they had received no warnings in the run-up to the crash—if everyone around them was saying, “Buy! Buy! Buy!” it’s little wonder that they’re taken completely by surprise. Worse—they have no idea how to react in order to save whatever might be left of their wealth.

At that point, the few who have been hard hit—but can keep their wits about them—may move a portion of their remaining wealth into metals. But, in my estimation, the numbers of those who can keep their heads clear in the face of a crisis will be few.

At this time, the average investor—the roughly 80% who tend to just chase the trends—will likely be in shock, not having any idea what to do. How long will this period of shock last? Six months? A year? Whatever the length of time, at some point, the 80% will begin to recover their composure and chase a new trend—precious metals, the investment that their advisors once scoffed.

Another key point to ponder at this juncture is that those who chase trends do so because it’s their natural mindset—to follow the crowd. Therefore, when they see a trend into gold building, they’ll jump on board at some point and yet, importantly, they will still not understand the reason why gold is moving up. They’ll only understand that they’re missing out and will chase the new trend.

The reason that is important to understand is that the great majority of people almost always act in character. If they blindly chased one trend, they’ll blindly chase the next one. It’s for this reason that those of us who’ve predicted a gold mania over the last decades believe that metals will not simply enjoy a return to their “rightful place.”

Fortunately or unfortunately, once the pendulum begins to swing toward metals, it will continue beyond the centre point, as it invariably does, and will move into the irrational mania area.

We can therefore anticipate precious metals prices to far exceed what would seem a reasonable intrinsic value. At that time, we may also see many of the old hands selling off a major portion of their positions quietly.

But what about our old friend, the broker? What will his role be in this? Well, in my experience, whenever I’ve advised bankers, trust officers, and brokers of a major change in precious metals prices, over the decades, they’ve tended to ignore the advice—but curiously, whenever that advice has proven true (such as previous market crashes), they’ve said, almost uniformly, “No one could have seen this coming.”

Clearly, they had no recollection of the warning, which suggests that they’d simply pressed the mental “delete” button at the time.

This being the case, when the pendulum does swing toward metals to the point that it becomes a major trend, the advisors can be expected to get on the bandwagon and actually drive the trend, creating a precious metals bubble.

Back in 1929, there was a saying amongst savvy investors that, “When every shoeshine boy is giving stock tips, it’s time to get out of the market.” We’re now seeing a repeat of that situation—one in which virtually everyone is either in the market or discussing the market.

Another saying amongst investors is, “There’s a reason a broker is called a broker. A broker is someone who invests your money ‘til you’re broke.”

So, is there a takeaway here? Yes, decidedly so. Advisors have their use. But they should not be the final factor in an investor’s decision-making. A wise investor questions everything, then comes to his own conclusions independently.

Always bear in mind that anyone who’s selling you something has a vested interest in your belief that his recommendation is the correct one. Listen to him, but then extend your reasoning beyond his recommendation. And come to your own conclusion.

Editor’s Note: Diversification can help protect nearly every aspect of your life—including the large portion that sits vulnerably online. Fortunately, it’s relatively easy to diversify your digital presence internationally. Find out how in our free Guide to Diversifying Your Digital Presence.

Editor’s Note: The world has a new crisis currency… one that’s easily accessible to ordinary people in crisis-stricken countries: Bitcoin. This digital currency offers people a safe haven. They can use it to send and receive wealth while sidestepping the unsound banks and worthless currencies of their home countries.

Long story short, Bitcoin’s heyday is far from over. In fact, our colleagues at The Palm Beach Letter expect a second wave of Bitcoin mania to start as early as April. Click here for the urgent details.