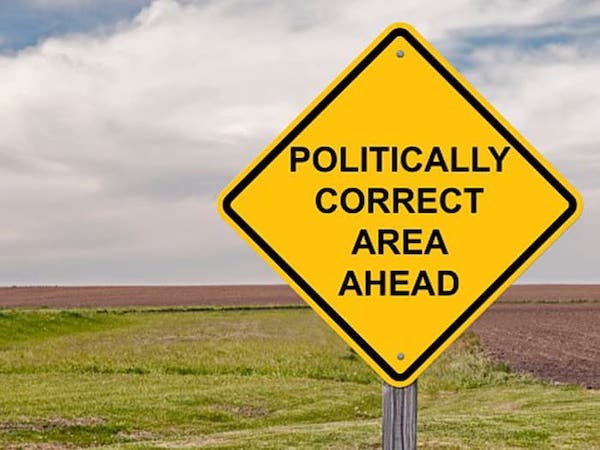 International Man: Everything seems to be increasingly politicized these days… in a way that it wasn’t just a few years ago. To name a few, we see it in sports, with large corporations like Procter & Gamble in their razor blade ads.

Politics is creeping into more and more areas. It’s a trend that seems to be accelerating.

How did this happen and what does it mean?

Doug Casey: The politicization of the country is poisonous. Politics is not like the fiction of some friends getting together and deciding what movie to see. It’s about force and coercion. This is the myth of democracy, which amounts to a somewhat gentler version of mob rule.

Politics is about getting control of the reins of the State. It’s a question of one group of people getting to tell every other group what they must and must not do. And how much they have to pay for the privilege.

It’s astonishing politics has become so popular—considering that only the worst kind of people are drawn to it. As evidence, I’d offer the current slate of Democratic presidential candidates. Although, I promise you, their Republican counterparts, waiting in the wings, are no better. Remember that lineup of buffoons who were on stage in 2016?

In theory, the purpose of the State—which itself is congealed force—is to protect its citizens within its bailiwick from illegitimate force. That means police to protect you from force within the country, a military to protect you from outside force, and a court system to allow you to adjudicate disputes without resorting to force.

But the State has gone far, far, beyond those boundaries. In fact, it does none of those three things well today. Instead, it tries to control every other aspect of life, at the expense of its subjects.

That’s why everything has become politicized in the US. Americans have come to see the State as their parent, so they’re constantly pleading with it, like children, asking it for favors and benefits. Like children, they expect the State to magically support them.

They don’t seem to understand that the State isn’t a cornucopia. It’s the opposite. It’s a dangerous parasite. A huge tapeworm in the body of society.

Over the last 100 years the average American’s mind has been captured by the idea of politics and the State. It’s the Stockholm syndrome—where people are captured by kidnappers and actually grow to love and support them—writ large.

Where's this trend going to go?

I'm a believer that trends in motion tend to stay in motion until they reach a crisis. Only then can the trend change. So the growth of the State—which is abetted by the politicization of American society—is going to continue growing until we reach a crisis. I don't know what will happen during that crisis. Will it change direction, or will it mutate into something even worse? Could it be as bad as what happened in France in 1789, Russia in 1917, Germany in 1933, or China in 1946? It's unpredictable.

International Man: Where do you think this shift in seeing everything through a political lens comes from?

Doug Casey: The State has expanded hugely from its original function of protecting people from actual force. It's now perceived as a cornucopia that can give everybody everything.

For instance, it’s completely taken over the education system—and the public applauds that, because they think it’s “free” and “fair.” Most teachers today—almost all college professors—are cultural Marxists, leftists, socialists, welfare statists, and the like. And they indoctrinate the students in their classes.

There was always a tendency for this to be the case, because academics naturally tend to live in a bubble. They resent the fact that although they’re well educated, they generally earn far less than businessmen. That resentment is evident in their political and economic views.

Even as recently as the ‘60s relatively few kids went to college. Now practically everybody goes to college. Not only is the indoctrination now far more virulent, but far more people are being exposed to it.

You can see this in the Democratic Party, where the two dozen or so people running for president vie with each other to promise more free stuff than the last person. They're coming up with the most collectivist possible ideas. The millennials—who've been indoctrinated in college, high school, and even grade school—accept these ideas. Kids will have a much bigger effect on the 2020 elections than they did in 2016.

Not only don't I see any change in the trend—I only see an acceleration of the current trend from every point of view.

International Man: A big part of this trend involves the politicization of Big Tech companies like Google and Facebook.

When people engage in discourse that is at odds with mainstream ideas on these platforms—not just in politics but in health, nutrition, economics… everything—there seems to be a concerned effort to silence it.

How did these powerful platforms become guardians of the mainstream and leftist propaganda?

People on these platforms who believe in ideas at odds with what "everybody" believes are apparently being de-platformed in large numbers.

I personally know people who’ve had a presence on Facebook or YouTube, and have been kicked off it. Because of what they believe or say. That makes it very hard for them to communicate with their previous audiences.

Now on the one hand, Facebook, YouTube, and others have a perfect right to kick anybody off their platforms because they're privately owned. On the other hand, these companies are indirect arms of the government. Or, more precisely, the Deep State.

The CIA, the NSA, the FBI and the other praetorian agencies all have black budgets. Part of it is money from Congress that’s siphoned into corporations run by sympathetic individuals and cronies. It's augmented by activities like running drugs, weapons, and God knows what else. This is rather famous in the case of the CIA. But there are probably two dozen government agencies that have black budgets, hidden by the veil of “national security.” They’re governments within the government, secret and untouchable.

I have little doubt that people from these praetorian agencies invested in and supported outfits like Google, Facebook, and Amazon from the very beginning. And influence them today.

It used to be in the ‘60s and ‘70s, that computer guys were libertarian oriented. Remember when the guys at Google used to have a sense of humor, and their motto was “Don't be evil”? Most people have forgotten that was actually their official motto. They now have a lot of power, and power corrupts.

International Man: With these Big Tech companies it seems to go beyond politics. They’re now policing people who have alternative views on health and medicine.

For example, recently, Facebook targeted the global exercise brand CrossFit. The group, which had about 1.6 million users on Facebook, was de-listed without warning because the individuals in that group were discussing a low carb, high fat diet.

This is contrary to the mainstream ideas on health and nutrition, which is of course dictated by large government agencies like the USDA. Is this further proof that companies like Facebook have become extensions of the government?

Doug Casey: It really is. Busybodies are naturally drawn to organizations where they can impose their views on others.

Like most government departments, the USDA should be abolished. It has over 100,000 employees and it doesn't produce a single bushel of wheat, or a single cow. On the contrary, it makes farmers lives miserable. Any useful functions it has would be easily provided by entrepreneurs in the market.

In the area of food recommendations, the USDA’s food pyramid puts grains at the foundation. However, since modern humans came into being probably about 200,000 years ago, humans have primarily lived on the meat, vegetables, roots, and nuts. Our ancestors didn't live on grains for 95% of human history, and humans aren’t bred to do so. Grains are fine for maintaining large masses of people cheaply, but they're not optimal for individual health. Especially not once they’re highly refined and processed.

Who knows what's going on in this bureaucracy’s hive mind? But it shouldn't make any difference to us, because nobody should be getting health advice or medical advice from a government bureaucracy.

Related to that, I thought it was interesting that the founder of CrossFit is a self-described libertarian.

Could that have anything to do with the fact that his group was de-platformed?  I don't know. But if you're off Facebook and you can't use Google, it makes it much harder to communicate with people. Right now these companies have an immense amount of power.

However, I’m not overly concerned.

Why not? I think, barring State intervention, the market will to solve the problem. I'm certainly not looking for the government to intervene. If anything, by making more laws the government will only cause more distortions making the situation worse directly and indirectly.

Hopefully, Facebook will annoy enough people that millions, then tens, then hundreds of millions will just cancel their accounts. That will drain power from them. And perhaps a hundred other Facebook or YouTube lookalikes will grow up and decentralize the market. Various innovations using blockchain technology will accelerate the process. Instead of having a few giant platforms, maybe there'll be hundreds of platforms, with many different characteristics.

Facebook and most all of the other major tech corporations are tremendous short sale opportunities. Not only are they in an enormous market bubble today. But people are starting to actively distrust and dislike them. They’re like any other large organization—once they get to a certain size they inevitably become corrupt, concrete-bound, unmanageable, and counterproductive.

I’d look at pair trades—short things like Facebook, and long equal amounts of smaller companies and startups looking to dethrone them.

Editor’s Note: The politicization of everything is spreading like a wildfire across all parts of life. It’s contributing to a growing wave of misguided socialist ideas.

All signs point to this trend accelerating until it reaches a crisis... one unlike anything we've seen before. That's exactly why Doug Casey and his team just released this urgent video. Click here to watch it now.