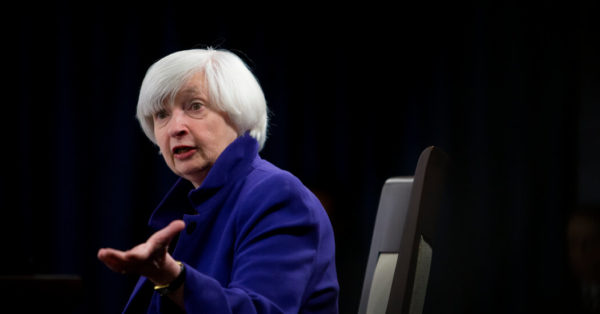 Janet Yellen is back.

Naturally, the follies of Keynesian central banking come to mind.

In many ways, Yellen’s tenure as Fed chairman was far worse than Ben Bernanke’s. At least Bernanke’s money-printing madness was undergirded by his credentials as a misguided scholar of the Great Depression and the mistaken conclusion that the Wall Street meltdown of September 2008 was the prelude to another such occurrence.

The Great Depression of the 1930s was caused by way too much Fed-fostered foreign borrowing on Wall Street during the roaring twenties. It stimulated an unsustainable boom in US exports—soaring domestic CapEx in order to expand production capacity and a stock bubble–fueled consumer-spending boom in cars, radios and appliances. Therefore, when the Wall Street bubble burst in October 1929, foreign borrowing dried up, US exports and CapEx crashed and spending on consumer durables plummeted.

This was the cause of the massive contraction in 1930–1933, which took the GDP down from $95 billion to $58 billion in dollars of the day. By contrast, it had nothing to do with Milton Friedman’s crashing M-1 (money supply), which was a consequence of unavoidable and necessary bad debt liquidation by the banking system. Nor did it stem from any lack of credit availability to solvent borrowers, as demonstrated by market interest rates that remained ultralow (under 2%) throughout the downturn.

Consequently, Bernanke’s maneuver of flooding the zone with fiat credit during 2009–2013 was a mistaken page from Milton Friedman’s counterfactual playbook, which was wrong the day it was written in the early 1960s and even more wrong when Bernanke cut and pasted it into his PhD thesis at MIT in 1979.

By the time Yellen became Fed Chairman in February 2014, however, there was no plausible excuse for keeping Bernanke’s bloated Fed balance sheet in place or continuing to keep interest rates at the zero bound. If there was ever a chance to normalize Bernanke’s misbegotten Depression-fighting policy, it was during the 48 months of Yellen’s term.

Needless to say, Yellen’s Fed did no such thing. After 45 years of devotion to the 1960s Keynesian bathtub theory of full employment economics, Yellen kept real interest rates buried in negative territory during the entirety of her term, and not just marginally.

The 16% Trimmed Mean CPI increased by an average of 1.90% per annum during that four-year period, while the Fed’s target interest rate averaged just 0.40%.

During the sweet spot of the longest business cycle expansion in history—from month #55 to month #103—when the economy should have been left to expand on its own without “stimulus” from the central banking branch of the state, Yellen kept real money market rates pinned at an unprecedented -150 basis points.

The justification for such economic insanity was the claim that the US economy was not at its full-employment level as measured by the dubious U-3 unemployment rate and that the job of the central bank was to keep injecting “demand” into the economy until the bathtub was full to the brim and 100% of “potential GDP” was attained.

But here’s the thing. Potential GDP and full-employment labor markets are Keynesian malarkey.

In a world in which domestic labor competes with China’s price for goods, India’s price for internet-based services and Mexico’s price for manufactured goods assembly, full employment cannot be measured by the headcount metrics of the BLS, nor can it be achieved by injecting massive amounts of fiat credit into the bank accounts of Wall Street dealers.

In fact, with total outstanding credit now at $81 trillion, or 382% of GDP, the Fed’s liquidity injections never really leave the canyons of Wall Street. The result is increased speculation on Wall Street and accelerating inflation of financial asset prices.

After all, money markets do not finance the working capital or fixed asset investments of business, nor do they fund consumer borrowing for automobiles and durables. Instead, short-term money markets are where Wall Street dealers finance their inventory and where speculators fund their positions in the options markets—or via margin and repo credit against stocks and bonds held outright.

The yawning gap below between the purple line, signifying (the running inflation rate) and the brown line (the money market rate) connotes the massive subsidy Yellen’s Fed conferred on speculators and day traders. 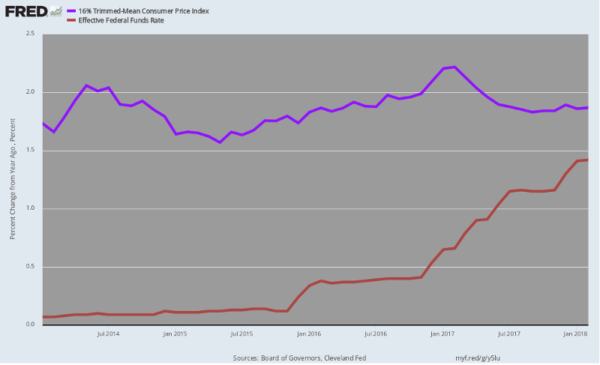 In short, Yellen sowed the wind of monetary excess, and now we are reaping the whirlwind of a gargantuan Wall Street bubble that is a clear and present danger to the economic future—because it will crash, and the resulting financial and economic damage will be biblical.

Ironically, Janet Yellen may be sitting in the captain’s chair when the most violent and destructive financial storm in history finally comes ashore. It would serve her right.

Editor’s Note: The coming economic and political crisis is going to be much worse, much longer, and very different than what we’ve seen in the past.