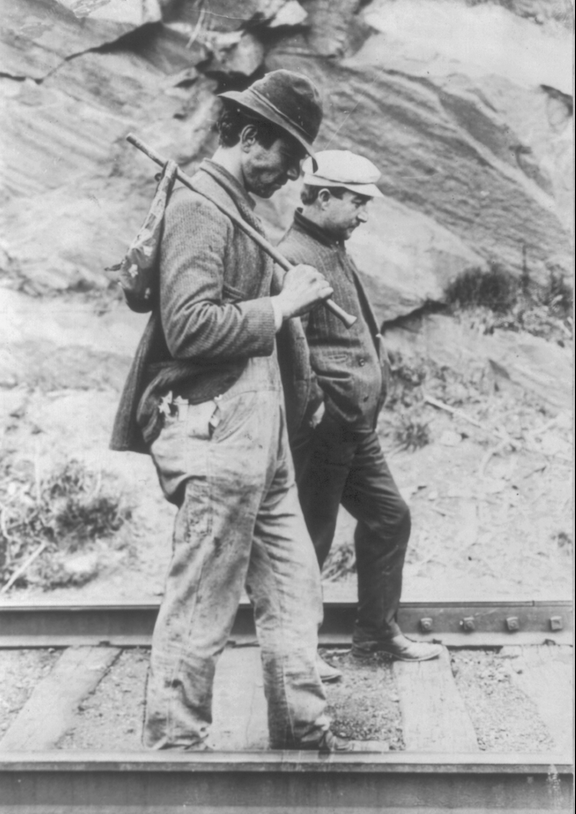 Charlie, my first stockbroker, said, “The bag is never full enough.” He made that comment in reference to the amount of money you need to do what you would like. I was twenty-three at the time and, although I implicitly recognized the truth of what he was saying, it really wasn't very relevant at the time. I was just a year out of college, and my requirements were low. I could put all my worldly possessions in my Mustang; and since they about filled it up, I already seemed to have too much junk. In a way the bag was too full, even though there was very little in it. But the phrase stuck with me.

As time went by I acquired books, athletic equipment, furniture, clothes, animals, and “stuff.” My overhead constantly rose: larger house, bigger utility bills, more insurance, better cars. It is now easy to see what Charlie was driving at: the more you have, the more you seem to need.

This gives rise to the question of exactly how much you actually do need. And that leads to the question of what it takes, at least in the material world, to make you happy. Of course, it is well known that money won't make you happy, but it certainly can soften the condition of unhappiness. We all want more money. And “we” includes everyone from your barber to Fidel Castro, and your kids to Mother Teresa. The first rule of existence is to survive, and the more material goods you have, the better your chances are. More is better.
Of course, there's more to life than material goods. You need time to do the things you have always wanted to do, most of which take little or no money. And people who are obsessed with money almost never have any time. We all know people who drive themselves crazy with work, not because they like it, as Sam Walton did, nor because they need the money. We are back to that word need again.

A friend, with whom I'll hop a freight and ride the rails for a week most summers, is a professional hobo. He needs no more than $10 a day, and neither do I when I'm with him. Sam Walton was a multibillionaire, but he apparently needed no more than $100 a day, not counting his comfortable but modest home. But I know some aging yuppies who seem to need $1,000 daily to maintain their lifestyles; as a result, they work fifteen-hour days but still have loads of debt and little cash. It's relative, but less can also be more.

It is also a question of psychology. A friend, Paul Terhorst, was a partner in a large accounting firm. He made big money, but in order to maintain the image required of a partner, he had to spend big money. He needed a big house in a good area with a big mortgage, a prestigious car (actually two), and expensive suits. He had to entertain and keep up with the Joneses. He worked so hard and long to support the lifestyle necessitated by his success that he had no time for the things he really wanted to do.

Paul sat down and did some arithmetic. He totaled how much he would collect by liquidating all his assets: the cars, the house, the pension, the artwork. It came to $500,000. Was it enough to live the life he and his wife wanted?

Invested at 8 percent it would yield $40,000 a year, only about a third of what he was earning. But he no longer would have to pay Social Security taxes, which are due only on “earned” income. He would not need auto, homeowners', and similar insurance. He would no longer need to maintain his possessions and support gardeners, maids, and mechanics. He would no longer have monstrous house and car payments. He and his wife would no longer have to keep up with the Joneses. And his income would be about twice what the average person made working full-time. So he decided to quit his job. Instead of working for capital he would let his capital work for him.

It was quite a shock. He had been raised with the idea that we are not supposed to do what we want to do before age sixty-two (retirement). And the concept that we are who we are, not what we do, took some getting used to. But he chose wisely.

In the ten years since Paul and his wife, Vicki, have dropped out of the rat race, they have read everything they ever wanted to read, been everywhere they've ever wanted to go, and still do whatever they want to do. In his spare time Paul has written several novels and played a lot of chess and in general has been able to follow his desires.

In fact, Paul has more money now than he did when he retired, he is in better health, and he has had a lifetime of experiences he would never have gained if he had continued as an accountant in Los Angeles. He spends a lot of time in Third World countries where the climate is good, the natives are friendly, and the cost of living is low. When he is in the United States, he usually rents a place near the ocean in the South where there are few jobs and prices reflect that fact. He doesn't need a job but appreciates the low cost of living and the mellow lifestyle that can be found away from the economic mainstream.

Best of all, if he wants to go back to work, he can. But I doubt he will; he is having too much fun and doing too much to want back what he has already given up. More likely he will use a small part of his capital to do deals which interest him when his thoughts turn to money.

I have observed his lifestyle and those of several others who have done much the same thing. There is much to recommend it in the Age of Envy, when ostentatious wealth of the kind people in the '80s were so fond of may bring all kinds of attention you do not want.

The key concept is not working for your possessions, but liquidating them so the capital they represent can work for you. Instead of making a $6,000 monthly mortgage payment on a $700,000 house in which you have $200,000 of equity, you would be better off putting the $6,000 in a money market fund each month and collecting interest from the $200,000 equity that would be available if you sold the house. By the time you add in the car payments, taxes, insurance, and the rest of it, you may find that your possessions own you and you are spending most of your time working for them, not yourself. It's nice to have a lot of stuff, but it may be nicer to have a lot of income and experiences and a lot less stress.

Some people are taking this approach even further and are adopting the lifestyle popularized by writer Harry Shultz, the Permanent Traveler, the Perpetual Tourist, the Prior Taxpayer. Rent a place in southern France in the spring, go skiing in Chile in July and August, go hiking in the Rockies during September, then rent a place on the beach in South Africa for a couple months to catch up on your reading. You get the idea.

You are interested in money or you wouldn't be reading this. But the purpose of having more money is to get what you want out of life. And you may have more than enough money to do that right now, if you just take stock and reallocate it. Think about it, because the clock is always ticking. Perhaps Paul Terhorst's approach isn't for you, but if you at least see it as an option, it will lead you to consider other options. There are many paths up the mountain.

What you decide to do, if anything, will reflect your views on money itself.