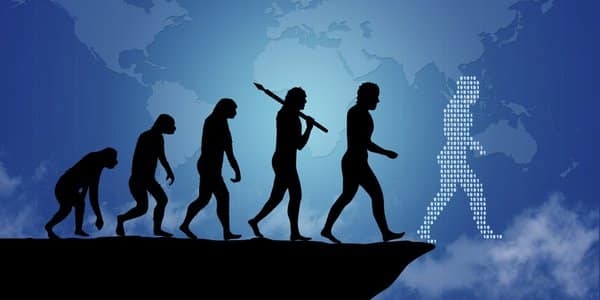 What you’re going to read in the next few minutes will be shocking and unbelievable. But it’s also factual and logical. That will make it upsetting and disturbing. Most people are at least vaguely aware of what’s happening. But very, very few are aware of its degree or the implications.

As you probably know, I believe times are about to get quite rough economically and politically. But, at the same time, I’m very optimistic about what’s happening in science and technology. So let me hazard some predictions. And break the old rule about how, if you predict an event will occur, to make sure you don’t predict its timing.

I was born just after the end of WW2. It was an idyllic era to be an American. The U.S. had more wealth than the rest of the world combined. Things were mellow at home as “Leave It to Beaver” in the ’50s transitioned into “California Girls” in the early ’60s.

True, there were at least a couple of times (the 1962 Cuban Missile Crisis and a while in the early ’80s) when it looked like there might be a global thermonuclear war. We not only dodged those bullets, but things kept improving. The average American accumulated so much stuff that he had to rent a storage unit, after filling up his two-car garage.

The USSR collapsed, and the U.S. government went on to become the world’s only superpower. Things have been pretty good within the living memory. No matter that the last couple of generations of prosperity were financed mostly with borrowed money.

Although everybody (including me) tends to focus on political events, it’s a mistake to pay too much attention to them. Governments, and even countries, come and go, rise and fall. Political events should be viewed as flavoring to the stew, painting on a house, or trim tabs on a flight. They’re worth noting, but—unless they’re really bad—only marginally important over the long run.

What is important? From a long-term point of view, there are really just three things: science, technology, and capital. Science lets you understand how and why things work. Technology lets you put the theory into practice. And capital gives you the time and material to make use of science and technology.

Let’s look at civilization from that long-term point of view. Since the appearance of Homo sapiens about 200,000 years ago, things improved at only a glacial pace until the end of the last ice age about 12,000 years ago. Then, with the start of the Neolithic era and the Agricultural Revolution, things started getting better every millennium. Then, since the start of the Bronze Age about 5,000 years ago, they started getting better by the century. Then, with the Renaissance and the Enlightenment, by the decade.

Since the Industrial Revolution, about 200 years ago, they’ve been getting better every year. And it’s been an accelerating trend. Exponentially accelerating. Most people don’t keep up with these things, but important advances are now being made weekly.

Why are these things accelerating at an exponential rate? There are several reasons, I think. One is that, since all the past advances in science and technology still exist, we don’t have to constantly reinvent the wheel. Another is that, in earlier eras, there was very little surplus left over after covering basic food, shelter, and clothing; now there’s a lot. That’s capital, and it’s compounding. But, very important, there are more scientists and engineers alive today than have lived in all previous human history put together.

Not only that, but radically new technologies are coming into existence—not gradually at an arithmetic rate, but at a geometric rate. So things are on the verge of becoming much, much better, and very, very quickly. Not only better than you imagine, but better than you can imagine.

Moore’s Law was formulated in 1965; it states that computational power will double, and costs will halve, about every 18 months. But it appears to apply to several areas besides computing.

As a result, it’s highly probable that Timothy Leary was not just right, but conservative, when he anticipated SMIILE—Space Migration, Intelligence Increase, and Life Extension. Those things are just part of the picture.

So here’s the good news. It’s likely the very nature of life is going to change for the better, almost unrecognizably, over the next 20 years or so.

I’ve very arbitrarily divided the areas of progress into 10 areas. There’s a lot of overlap between them because all the areas of science and technology are an increasingly integrated whole.

I’m sure you’re familiar with all these trends. But the chances are low that you’ve adequately considered how quickly they’re advancing and where that advance is going to lead—very soon. I only want to broach the subjects; libraries can be written on all of this. The takeaway is that the very components of reality itself—Matter, Energy, Space, and Time—will soon be manipulated on a cosmic scale.

THE NEXT INDUSTRIAL REVOLUTION

Some of these things, like energy and space exploration, are just extensions of current technologies. Others, especially nanotech, are game changers.

Energy—With the exception of nuclear, all power comes from the sun. In the past, solar, wind, and similar power sources existed mainly in the dreams of economically illiterate hippies. But now, combined with rapidly advancing battery technology, they finally make sense. Better yet, oncoming generations of modular nuclear reactors will be tiny, extremely safe, simple, and cheap. Maybe fusion power will finally become practical—although that would just be a bonus.

Oil and gas? They’re important as feedstocks, but mainly because they provide very dense energy. They are, however, essentially compounds of hydrogen and carbon, two of the most common and simplest elements. With adequate (and sufficiently cheap—this is the key) power, they can be created in unlimited quantity; the chemistry is quite basic and well understood. Among other things, algae can be programmed to manufacture them in quantity.

Space—One of the good things about most governments being bankrupt is that they’re being forced to cede the conquest of space to entrepreneurs, who will colonize the moon, the asteroids, and the planets. I love Elon Musk’s quip: “I hope to die on Mars. Just not on impact.” Of course, if he’s lucky, he may live to be several hundred years old because of other developments.

You need “stuff” to make what you need. A lack of raw materials has always been a major reason for conflict. But digging things out of the Earth, using big yellow trucks, will no longer be humanity’s only option. The asteroids are full of dense elements. They’ll soon become available in massive quantity, cheaply.

Life extension—It’s clear we’re on the edge of solving the problem of aging; it should be addressed as a degenerative disease. All other diseases are simply footnotes to aging. If you live long enough, you can be, do, and have everything that you can imagine. It’s likely to be possible soon.

Biological engineering—The creation of not just new body parts, but new bodies, made to order, is in the works. And new species. And much more. Who really knows what can be done with DNA? But the answer is probably: Almost anything, in lots of ways.

Distributed manufacturing—A.E. van Vogt’s The Weapon Shops of Isher predicted machines that would create advanced weapons for you, in the privacy of your own home. Now that’s possible with 3-D printing. Soon, if you can design something, or get the design, you can create it. At home.

Robotics—Not just smart machines in factories. In fact, factories themselves may be on their way out. Humanoid beings—products of bioengineering and AI—could replace them. They’ll perhaps be almost indistinguishable from normal people.

This alone, the creation of intelligent machines, will overturn the nature of society, family, warfare, work—everything.

Nanotech—I did a chapter on this in Crisis Investing for the ’90s. At the time, not one person in 100 had a clue what it was. In its ultimate form, nanotech—the use of molecular-sized assemblers and supercomputers—will change the character of reality itself. Totally and unrecognizably. It amounts to pixie dust, making it possible to manipulate the 92 naturally occurring elements into useful compounds cheaply and easily. It’s becoming possible to fabricate totally new materials, like carbon nanotubes, vastly more capable than any “natural” material.

Computer science—Electromechanical switches, then vacuum tubes, then transistors, now silicon chips, and soon quantum computing are taking place on a molecular level. All the knowledge in the world contained in a cube. Or perhaps in the head of a biologically enhanced robot. Or perhaps in an interface to your own brain.

Virtual reality—You’ll be able to immerse yourself in a world of your own creation, activating all of your senses, in a veritable Star Trek holodeck that will be almost indistinguishable from real reality. Perhaps you will prefer to live in unreality. All in the privacy of your own home.

Doug and his team just released a new report on the other opportunities they see coming. Click here to download the PDF now.

Doug Casey on the Next Industrial Revolution

It’s likely that the very nature of life is going to change for the better, almost unrecognizably, over the next 20 years or so. Here’s how…

What Makes This Advanced Technology Indistinguishable From Magic

Manipulation of genes will to be to biology what computers have been to things like physics and chemistry.

Doug Casey on why you should treat your cell phone like a loaded gun.