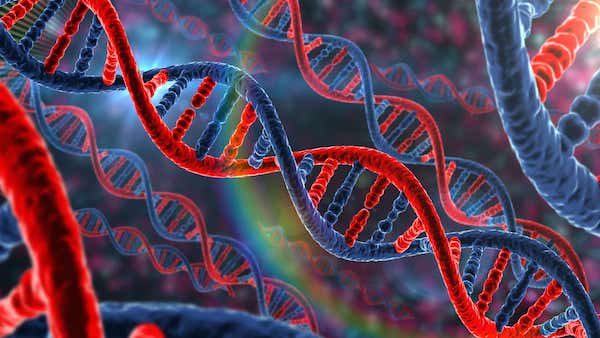 International Man: Doug, you’re an aficionado of history and technology. What does the big picture look like to you?

Doug Casey: Let’s look at civilization from the long-term point of view.

Since the appearance of Homo sapiens about 200,000 years ago. Tech has actually been advancing exponentially since Day One, although that’s not immediately obvious. Imagine a huge stadium, with a drop of water at the bottom. The drop doubles in an hour, then doubles again in 15 minutes, and doubles again in 10 minutes, and so forth. By the time you notice the water even exists, you’re moments from drowning.

In that context, things improved at only a glacial pace until the end of the last ice age about 12,000 years ago.

Then, with the start of the Neolithic era and the Agricultural Revolution, things started getting better every millennium.

Then, since the start of the Bronze Age about 5,000 years ago, they started getting better by the century.

Then, with the Renaissance and the Enlightenment, by the decade.

Since the Industrial Revolution, about 200 years ago, they’ve been getting better every year. It’s been an accelerating trend. Exponentially accelerating.

Most people don’t keep up with these things, but important advances are now being made weekly. Even daily. Perhaps hourly.

Radically new technologies are coming into existence—not gradually at an arithmetic rate, but at a geometric rate. So things are on the verge of becoming much, much better, and very, very quickly. Not only better than you imagine, but better than you can imagine.

I may be a serious bear on some markets, the economy, and most aspects of politics. But those trends are completely overshadowed by the advances in science and technology.

It’s likely the very nature of life itself is going to change, for the better, almost unrecognizably, over the next 20 years or so. It’s been said that any sufficiently advanced technology is indistinguishable from magic. I believe that’s true.

You might analogize this to what happens to water as it gets colder. There’s not much difference between water at, say, 45 and 33 degrees Fahrenheit. But once it gets to 32, it has a change of state, into ice, a transformation in what it is. Its very nature. And it happens very, very quickly.

Moore’s Law was formulated in 1965; it states that computational power will double, and costs will halve, about every 18 months. But it appears to apply to a number of areas besides computing. Bioengineering seems to me the most important one.

Our brains are accustomed to thinking arithmetically: 1, 2, 3, 4, 5, 6, etc. But technology is compounding geometrically: 1, 2, 4, 8, 16, 32, etc. You’ve seen this happen in the realm of computing and electronics just in our lifetimes. But—partially enabled by those things—it’s happening in many areas.

Notwithstanding various drags on our progress, mankind has been expanding its powers exponentially since about the time it learned to make fire. But, let me say it again, the nature of the math is that the real growth doesn’t come until the end, at which point it seems instantaneous.

We can see what’s happening intellectually, but very few can picture it in reality.

Recall the fable about the mathematician who invented chess and got a king to reward him by giving him double the amount of wheat for each of the 64 squares of a chessboard, starting with one grain. How much grain might that be? The answer is over 18 quintillion grains, which is around 1,000 times the world’s annual production of wheat. It’s counterintuitive because intuition can’t deal with geometric increases beyond a low level.

Maybe humanity is now (wild guess) at around the 50th chessboard square. Exactly where things start getting interesting.

International Man: There has been a lot of talk about a new technological development called CRISPR, which allows for the editing of genes. It seems very promising. It can be used to prevent and treat diseases like cystic fibrosis and sickle cell disease, as well as possibly other major conditions like cancer, HIV, and heart disease.

What are your thoughts on this?

Doug Casey: I think it’s absolutely fantastic. It’s part of the geometric advance in technology that I just described.

Manipulation of genes will be to biology what computers have been to things like physics and chemistry. It’s part of the rush towards the Singularity. In some ways it’s the most important development yet. Among other things, it may cure the most persistent of all diseases: aging.

The creation of not just new body parts, but new bodies, made to order, is in the works. And new species. And much more. Who really knows what can be done with DNA? But the answer is probably: almost anything, in lots of ways.

So the cat is really out of the bag now, and it’s going to be fantastic. I’m all for it.

International Man: What are your thoughts on the ethical considerations of editing the genes?

Doug Casey: Gene editing not only can be done but should be done. Why? Because the ultimate problem of life is death.

I’ve long been marginally involved in the life extension movement, which believes it’s technically possible to extend human life indefinitely. It’s not just diet and exercise and various supplements that are going to make this possible. It’s clear that the keys to the kingdom are actually genetic engineering.

It’s clear we’re now on the edge of solving the problem of aging; it should be addressed as a degenerative disease. All other diseases are simply footnotes to aging. If you live long enough, you can be, do, and have everything that you can imagine. It’s likely to be possible soon.

If any disease that attacks you—including the worst disease, which is aging—can be conquered, it’s likely to be done through genetic engineering.

I have no doubt that there are teenagers right now working in a garage, playing with genes with CRISPR, who will learn to control aspects of aging.

You can go beyond this. They may be able to do everything from create entirely new forms of life to reconstituting dinosaurs. The realm of science fiction, taken into the real world.

At present we typically have only four score years on this Earth, and then that’s the end of the story. My point of view is that’s not nearly enough. I say full speed ahead.

Sure, there are risks and dangers. There were risks to the Industrial Revolution, the computer revolution, and every other advancement in technology. But the risks are trivial relative to the rewards. Again, I’m all for it. I don’t want to see any regulation of any type in this area.

It’s not even a question that can be argued. Although there are certainly people out there who try to do so. In particular those who style themselves “bioethicists.” They pretend to prudence and wisdom, but in fact they’re just busybodies and central planners. They’re far more dangerous than the topics they pontificate about. I did a piece on them a few years ago, for those who are interested.

In any event, the potential rewards outnumber the realistic risks by not just two to one, but something on the order of a thousand to one or ten thousand to one. We’re quite literally talking about a matter of life and death, and each of us—as individuals—is in a race against the clock.

I’d say the people who want to slow down, regulate, or stop this revolution amount to criminal personalities. But the good news is that it’s impossible to stop. The knowledge is widely available, and the technology is cheap enough for anyone to afford.

International Man: Who are the people in a position to take advantage of this new technology?

Doug Casey: Rich people are going to be best able to take advantage of these technological advancements. And they’ll get it first. That’s as it should be because—with the exception of politicians, their cronies, and criminals—people are generally rich because they’ve produced wealth for society. It’s only just and ethical that they’re first in line to take advantage of these things.

The quest to live forever, or at least live for a very long time, is intimately tied up with becoming wealthy. You want to be able to afford the technologies as they develop.

Let me sum up. It’s likely we’re only 10, 20, or 30 years from what will turn out to be the biggest change in human history. I understand that sounds unbelievable to 99% of people. But I urge you to consider it seriously.

International Man: How are you positioning your portfolio to profit from this trend?

Doug Casey: The same way that one might have profited from people like Bill Gates and Steve Jobs. Among other things, it’s crucial to monitor the companies that engage in genetic engineering and analyze their shares.

My only caveats have to do with the questions, “When?” and “What?” As to When, we’re in a fiat money-driven tech bubble at the moment, and share prices might come down a lot before ultimately going much higher. As to What, remember that not every CRISPR or biotech company will make it.

Editor’s Note: New technologies with the potential to advance human life have already arrived. In this next big wave of medical and pharmaceutical breakthroughs, the way diseases like Alzheimer’s, heart disease, and even cancer is treated will change forever.

This trend is so explosive that it’s even caught attention of the Former Speaker of the House. That’s why he and a biotech investment expert are revealing how early investors can ride this major trend for once-in-a-lifetime profits in a LIVE event. Click here to reserve your spot now.

Doug Casey on the Next Industrial Revolution

It’s likely that the very nature of life is going to change for the better, almost unrecognizably, over the next 20 years or so. Here’s how…

What Makes This Advanced Technology Indistinguishable From Magic

Manipulation of genes will to be to biology what computers have been to things like physics and chemistry.

Doug Casey on why you should treat your cell phone like a loaded gun.