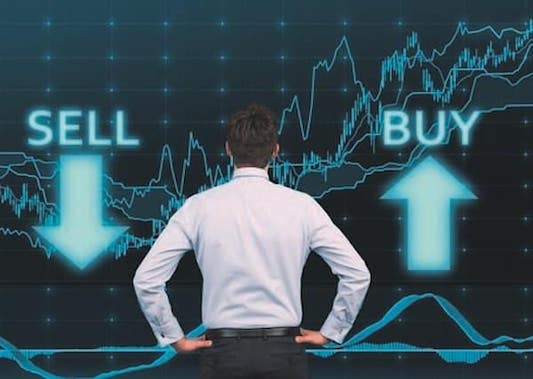 For some time, I’ve been saying that the economy is in the “eye of the storm” and that when it emerged, the weather would be far rougher than in 2008. The trillions of currency units created since 2007, combined with artificially suppressed interest rates, have papered over the situation. But only temporarily. When the economy goes into the trailing edge of the hurricane, the storm will be much different, much worse, and much longer lasting than what we experienced in 2008 and 2009.

In some ways, the immediate and direct effects of this money creation appear beneficial. For instance, by not only averting a sharp complete collapse of financial markets and the banking system, but by taking the stock market to unprecedented highs. It’s allowed individuals and governments to borrow more, and live even further above their means. It may even create what’s known as a “crack-up boom”.

However, a competent economist (as distinguished from a political apologist, many of whom masquerade as economists) will correctly assess the current prosperity as an illusion. They’ll recognize it as, at best, a natural cyclical upturn – a “dead cat bounce.”

What we’re really interested in, however, are not the immediate and direct effects of QE— “Quantitative Easing”, and ZIRP—Zero Interest Rate Policy. As much as I love the way they fabricate these acronyms and euphemisms, what we’re really interested in is their indirect and delayed effects. In particular, how do we profit from them? What is likely to happen next in the economy? Which markets are likely to go up, and which are likely to go down?

I’ve been looking for bargains, all over the world and in every type of market. And, yes, you can definitely find a stock here or a piece of real estate there that qualifies. But when it comes to any particular asset class, absolutely nothing – with the sole exception of commodities – is cheap at the moment.

You may ask, how that can possibly be? It’s almost metaphysically impossible for “everything” to be expensive, if for no other reason than that it raises the question: “Relative to what?” Nonetheless, we’re in a genuine economic and financial twilight zone, where nothing is cheap and everything is high risk. This is most unusual because there’s usually something on the other end of the seesaw.

The reason for this anomaly is worldwide “QE” on a completely unprecedented scale, by practically every government. So much money has been created in the recent years that it’s flowed into almost every sector of every market – stocks, bonds, and property. Even money itself is actually overpriced – the conundrum is that it’s maintaining as much value as it is, despite many trillions having been recently created around the world and much more to come.

Many people, and most corporations, are staying in cash simply because it allows you to move quickly (which is important when you’re sitting on a financial volcano), and it seems better to suffer a sure loss of perhaps 5% per year than an unexpected loss of 50% in some volatile market. Neither is a good alternative, of course. But I’ve thought about it and feel I can offer some guidance.

Again, an economist tries to see the indirect and delayed effects of actions. But this isn’t an academic exercise. So although we want to think like economists, we want to act like speculators.

A speculator sometimes profits from the immediate and direct effects of actions, but that’s not his real forte; almost everyone can predict those, so it tends to be a crowded playing field. Running with the crowd limits your profit potential – the whole crowd is unlikely to get rich. And it’s dangerous, because crowds can change direction quickly and trample the less fleet of foot.

Rather, the thoughtful speculator prefers to look for the indirect and delayed effects of politically caused distortions in the markets. Because the effects are delayed, we have more time to get positioned. And because far fewer people pay attention to what’s likely to occur over the horizon, versus what’s tucked up under their noses, the potential tends to be much bigger.

The speculator is a natural contrarian because few tend to share his viewpoint, and he rarely runs with the crowd. He’s always looking for something similar to silver in 1965, when the U.S. was controlling it at $1.29, or gold in 1971, when it was controlled at $35. Although politically guaranteed distortions are best, any kind will do – especially those caused by manias, when things rise way too high, or panics, when things fall way too low.

Rothschild’s famous dictum “Buy when blood is running in the streets” is the speculator’s motto.

This concept is especially critical at the moment. You have to decide – basically right now – how you’re going to play your cards over the next few years. If you don’t, you’re going to find yourself acting in an ad hoc way in what will likely be a chaotic situation. If that’s the case, you’re likely to wind up as financial road kill.

There are basically three realistic actions available to you: saving, investing, and speculating. I urge you to burn the distinctions into your consciousness. When people don’t fully understand the words they use, they can’t understand the concepts they convey; the result is confusion.

Saving means taking the excess of what you produce over what you consume and setting it aside. It’s basic and essential, because it creates capital. It is capital, in turn, that allows you to advance to the next level. An individual or a society that doesn’t save will soon find itself in trouble.

A major problem is looming, however, that transcends the fact that many, or even most, people don’t save. It’s that those who do almost always save in the form of some currency – dollars, euros, yen, etc. If those currencies disappear, so do the savings, devastating exactly the most productive and prudent people. That is exactly what I believe is going to happen all over the world in the years to come. With predictably catastrophic consequences.

Investing is the process of allocating capital to a productive business, in the anticipation of creating more wealth. You can’t invest, however, unless you have capital, which usually only comes from saving.

Investing necessarily becomes harder, more unpredictable, and less likely to succeed as government interventions – in the forms of currency inflation, taxation, and regulation – increase. And all three are going to increase vastly in the years to come.

In addition, as society reorders itself to different and lower patterns of consumption, most businesses will suffer serious declines in earnings, and many will go bust. Investing, which thrives in a stable, business-friendly atmosphere, is going to be a tough row to hoe.

This is the process of capitalizing on government-caused distortions in the markets. In a free-market society, speculators would have few opportunities. But that’s not the kind of world we live in, so speculators will have many opportunities to choose from.

Sadly, speculators have an unsavory reputation among the unwashed. That’s true for several reasons. Their returns are often outsized, inciting envy. Their returns are often realized in times of crisis, which prompts the thoughtless to presume they caused the crisis. And since speculators usually act counter to the wishes of governments and counter to their propaganda, they’re made to appear anti-social.

In point of fact, I wish we lived in a world where speculation was redundant and unnecessary – but that would be a world where the state had no involvement in the economy.

As it now stands, however, the speculator is actually a hero, and something of an unloved good Samaritan. When everyone wants to buy, he stands ready to provide what others want. And when everyone wants to sell, he stands ready with cash in their hour of need. He’s a bit like a fire fighter – his services aren’t usually needed, but when they are, it’s typically a time of danger.

One mistake that novices make is to confuse a speculator with a trader, or worse, with a gambler. Again, let’s define our terms.

A trader is generally one who’s in the market for a living, a short-term player who tries to buy low and sell high, often scalping for fractions, typically relying on technical analysis or a read of the market’s mood at the moment. There are some extremely successful traders, but it’s a real specialty.

A gambler relies on the odds, or sometimes just luck, in an attempt to turn a buck. While luck and statistical probabilities are elements in most parts of life, they shouldn’t play a big part in your financial activities. People who think so are either ignorant or losers who want to attribute their lack of success to the will of the gods.

The years to come are going to be tough on everybody, but the speculator has by far the best chance of coming out ahead.

Editor’s Note: Excessive money printing and misguided economic ideas have created all kinds of distortions in the market. All signs point to this trend continuing until it reaches a crisis… one unlike anything we’ve seen before.

That’s exactly why Doug Casey and his team just released an urgent report that explains how and why this is happening… and what you can do to protect yourself and even profit from the situation. Click here to download the PDF now.