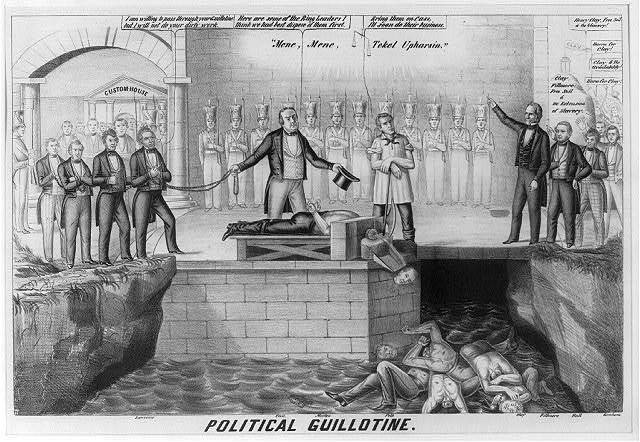 A physician cannot heal the sick if he is ignorant of the causes of certain conditions of the body, nor can a statesman help his fellow citizens if he cannot follow how, why or by what process each event had developed.

The modern era is no exception.

“It’s high time we abolish billionaires” says a serious front-page story in The New York Times. The “rich” are becoming the new villains… the “them” that will rally mobs… and voters… to action:

And so begins another era; the beginning always comes at the end.

And now, we’re ready for it… the next phase of our economic history.

In the present case, we are arriving at the end of a long period of claptrap and chicanery.

For more than 30 years, stock and bond markets have leapt at the sound of the Fed’s EZ money trumpet. And now, the money hounds are exhausted and deaf.

And – with barely 250 basis points available to it – the Fed is almost out of breath anyway.

But, unless history comes to a complete stop, this end must also mark a beginning.

Dear Readers are annoyed when we suggest there is no easy “us vs. them” analysis. They may choose to believe that Mr. Trump is the anti-Christ… or that Ms. Ocasio-Cortez is a she-devil.

These explanations are simple enough to understand and remember; they make voting easy, and help us enjoy a delicious indignation as well as smug superiority. But neither will help us understand what comes next.

Because the coming crisis will explode the delusions of both “us” and “them”… both Republicans and Democrats… rich and poor.

It is, for example, a gross fantasy to think you can get rich by spending money you don’t have on fatuous stuff you don’t really need.

It’s also a fantasy to think that you can create money “out of nowhere” and that you can use it to “stimulate” an economy so it produces more real wealth.

And who could believe that the 12 academics at the Federal Open Market Committee could do a better job of choosing interest rates – in a $20 trillion economy – than free markets? If they can, why not let them set the price of oil and diapers, too?

Yet, in all the discussion of why billionaires are so bad… and how the rich got so unconscionably rich… why the Democrats are such jackasses and why the Republicans are so swinish… nobody in either party dares to mention the major cause nor to suggest the obvious remedy: Unplug the machine that made them that way.

Instead, they propose more fantasies, including unfunded tax cuts, higher taxes on the rich, and unlimited deficits. The first and third merely push the burden into the future.

The second will raise pitifully little money… and maybe even suppress the overall tax take. And none attacks the real problem.

But the hallucination that will come into focus soonest and most clearly – and mark both the end of the long boom and the beginning of the long bust – is the idea that somehow business, credit, and stock market cycles have disappeared.

Inevitably, the cycles will turn (we think they already have) and the whole compound fantasy of wealth gains without the pain of saving, learning, working, and self-discipline will blow up.

That much, we think, is almost certain. Then, the partisan questions arise. Who’s to blame? The billionaires? The Fed? And who will save the situation? The Democrats? The Republicans? DJT? AOC? And that’s where the “us” vs. “them” analysis becomes more dangerous.

Getting to the end of the 30-plus-year boom required a bipartisan collusion. Both groups had to agree. And both did. Both signed off on the fake money system… both agreed to huge deficits… and both fed the debt monster that now haunts the whole economy.

And now, beginning a new era… is a new cycle… and a new bamboozle. The two parties – us and them – will fight furiously over the details of when, how, and what is done to whom.

But both will agree – the show must go on; the money must continue to flow. The “system” must be protected – at all costs.

Honest wealth (and indirectly power and status) comes from Main Street – people providing goods and services to each other in voluntary, win-win deals. (We include some honest “public sector” activities such as schools, firefighters, and police. If the feds didn’t provide these services, they would still exist. They would simply be cheaper and more efficient.)

“Public spending” – either direct or indirect (through regulation) – must come from Main Street. That is, it must come from “us.” And it must go to someone else. Whom? “Them.”

Who are these nasty jackals? Are the Iranians draining your retirement savings? Are the Chinese undermining the dollar? Are Russians stealing your job?

And here we find the “us” and the “them” that really matters. All of life is a struggle for wealth, power, and status. There are only two ways to get it: You earn it… or you take it. And the only fight worth having is a fight to protect yourself from those who try to take it from you.
Main Street earns it. Washington and Wall Street (aided and abetted by the fake money system) take it.

And guess what? The takers are Red. And they are Blue.