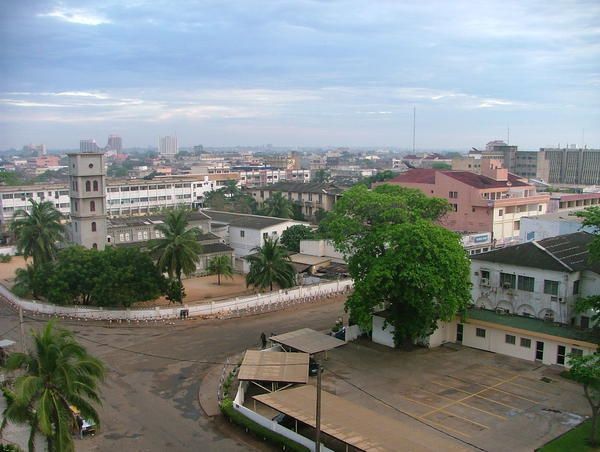 Doug Casey’s Note: Few people travel to Africa. If they do, it’s with a guided tour to Morocco or Egypt. But those hardly count, in part because those countries aren’t African as much as Arabic.

To others, “Africa” is a guided safari in Botswana or Kenya to see the animals. Nice, but that’s the sanitized Disneyland version of the real Africa… more like seeing a big zoo than Africa itself. And the Africans you’ll see will be highly atypical.

My friend Francois just returned from several months in Togo, one of the continent’s more obscure places. I was going to join him there if we could have arranged a meeting with the president. That fell through, however.

This article will give you a flavor of the real Africa. As well as why the continent is accurately characterized as a shithole, why millions of its residents are trying to leave, and why the place is going nowhere. Let me hasten to add, however, that Africa remains my top choice for an opportunity-seeking entrepreneur. But that’s a different subject.

There’s much more that Francois can say about Togo in particular and we can say about Africa in general. But this will give you a flavor of what it’s really all about.

“There is no peace in Togo, just silence,” says the Swiss man on my left in the back seat of the cab.

I turn and look at him. He’s gazing out the window and has fallen silent again. I add nothing, but his sentence gets etched in my mind.

I’ve just arrived in Togo after a seven-hour flight from Paris plus a day of travel in Europe from the day before. I’m tired. The Swiss man was seated next to me on the plane and also happened to be booked one night in my same hotel. He was good flight company so the joint cab ride from the airport to the hotel seemed logical. Tomorrow he’s going to the north of the country on a project with his NGO colleagues. I wish I was so altruistic. I’m here for business and given that Togo needs just about everything, I’m reasonably optimistic with my plans. But first, I need a good night’s sleep.

Togo is amongst the most indebted countries on earth. About fifty percent of its people live below the poverty line and the word on the street is that many eat only one meal a day. Nevertheless, the country shows steady growth. There is a large new seaport, a new airport, and major new roads connecting the country to the landlocked north, east to Benin and west to Ghana. Sixty percent of its economy relies on agriculture, on fishing, on phosphate mining, and especially on loans. Even if direct foreign investment has slowed down in recent years, the country still posted a 4.4 percent growth in 2018, down from seven percent in 2017.

I look out the window of my hotel room in downtown Lome, the capital. Since early morning I’ve been hearing the sounds of cars and motorcycles. Out on the streets one has the impression that everybody has something to do and somewhere to go. The last thing that comes to mind is that this is a sleepy, quiet country. While most neighborhood streets are unpaved dirt roads with potholes knee deep, the main city arteries are all paved. Cars are many, but motorbikes own the road. They are everywhere, often carrying entire families.

Today is the day before the parliamentary elections and various people I meet during the day mention it. I have no care and try to change the subject. Politics and voting are the same all over the world because the house—the Deep State in other words—always wins. Togo has been run by the same family and the same tribe, the Kabye from the north of the country, for about fifty years. The current president, son of the former, who ran the country for almost forty years till his death, has proposed constitutional reforms that would allow him to run for president in 2020 and 2025. A common African tale that we have read before. I am told that the opposition parties are urging the population to boycott the elections but again, its none of my concern and I manage to steer the conversation back to business.

Two days have gone by quickly. Mostly, just daily meetings, laps in the pool and then early to sleep because social life does not exist. I stumble out of bed and head for the shower. I comb my hair back and leave it wet, something I could never do in December in my native Montreal. I walk downstairs looking for a cup of coffee but the lobby is dark. Behind the counter, nobody in sight. I head for the hotel restaurant. Empty. The tables are not set, some of them still not cleared from the night before. Something’s not right. I walk back to the lobby and step out of the hotel. The grounds are deserted. I scan around myself: not a car, not a motorcycle, not a pedestrian, not a sound. Just silence.

I go back inside the hotel and dial the hotel owner on my cell. She’s an elderly French lady who has been in the country for ages.

“It’s election day. People are afraid to get shot, nobody is going out this morning. Just wait a while; around 11 or 12 someone will probably come around.”

She hangs up. Coffee was existing in a dream and I have been abruptly awakened.

It’s 12 pm. The hotel lobby is still untenanted, like an amusement park on a Monday morning. I’ve had enough. I call my driver and ask him to come to pick me up.

There is silence on the other end and I’m not so sure he’s coming but fifteen minutes later he shows up. His is only the second moving vehicle I have seen all morning long.

We drive slowly from the center of town towards the ocean and I look around. It’s 12:30 pm on a Thursday afternoon and not a single shop is open. Bank doors and gates are shut, lights off. No street vendors; no kids playing by the side of the road. We proceed down the road and I finally see someone: a huddle of young men, idling near their motorbikes in front of a one-story house. They don’t have the appearance of conscientious citizens just back from voting, but I may be wrong.

Straight ahead down the road something catches my immediate attention. A machine gun-mounted pickup truck with a dozen soldiers sitting, legs dangling, on its sides, rides up the street towards us. My driver accelerates. They slow down. As we pass by side by side I catch the stare of a few of the soldiers. On their scowling faces I think I read, “Where are you going, white man?”

We get to the ocean boulevard, a wide avenue that flanks the sandy beaches. It’s always refreshing to see the palm trees swaying in the wind and the ocean blue in the distance. Normally, it’s packed with people and cars.

“It can get very dangerous from here onwards, monsieur.”

Fine, I have seen enough.

He slams on the brakes and turns the car as quickly and as carelessly as if we were driving in a desert.

Someone is quietly sweeping the floor of the hotel lobby as I go upstairs to my room. The internet connection on my cell hasn’t been working all morning and the hotel wifi isn’t either. I turn on the TV. All channels are off. There’s a media blackout in the entire country.

Around 8 pm my internet cell connection seems to be working. I turn on the TV. I flick the channels on the remote and stop at France 24, the French CNN. I wait and after ten minutes of news loop there is finally something on the election. They show a polling station in a farming village in the middle of nowhere. They show a queue of villagers, waiting to vote. One man gets interviewed. He says he is happy to be able to vote. I change channels and look for something else on the election but find nothing.

The financial and political monopoly of France in West Africa is no longer what it used to be, due to various factors, not the least, the arrival of Chinese investment, but it’s still strong. The French print the currency used in Togo; the CFA (the Communauté Financière Africaine, formerly called the Colonies of French Afrique) provide aid in various forms, including military cooperation; and many French companies are successful in winning tenders.

I turn off the TV because the thought of a decent dinner takes sudden precedence over the damn election.

I’m relieved to see someone behind the bar.

“Bonsoir, monsieur” says the Togolese man in his early thirties.

I sit, happy to see a breathing human who might be willing to finally serve me a meal and a drink. He takes my order. Rice, fish, a large glass of Merlot. I appreciate that he’s fast in pouring and I don’t hesitate to swallow a very long sip. The man looks at me a second longer than normally polite but notices I noticed.

“How was your day, monsieur?” he asks timidly.

Savoring this glass of Merlot is, this evening, much more important than any question. I put the glass down and look at him a quiet beat. I smile thinly.

“Very silent, but not peaceful,” I answer.

The bartender drops his head, looks down into the sink, and resumes washing glasses.

Few people travel to Africa. If they do, it’s with a guided tour to Morocco or Egypt.

From the perspective of an American company, what markets provide particularly compelling opportunities today?